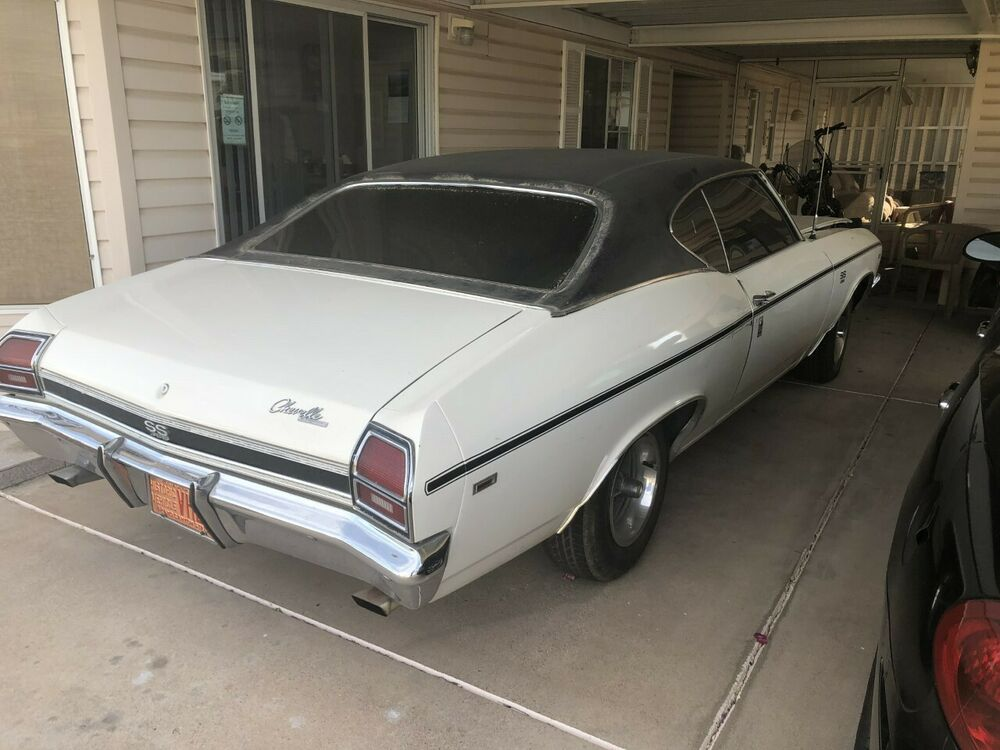 In 1969, Chevrolet reverted a decision it had made only three years before, making the SS 396 once again an option package for the Chevelle SS after selling as a separate series in 1966 and 1967. But the SS 396 didn’t lose its V8 appeal despite becoming a member of the Chevelle family again, and the example that we have here is the living proof in this regard.

That’s pretty much because it’s still an original and unrestored 1969 Chevelle SS 396, as the owner explains the car was bought new by a woman from Kansas City and then transferred to Arizona at some point in 1998.

This Chevelle SS 396 comes in fairly good condition for a car this old, especially since it’s believed to have been sitting for a few years. The rust doesn’t seem to be a problem this time, and the good news is the engine is still running, with the transmission also shifting correctly.

Although unrestored, the Chevelle comes with some fixes in the rear quarter on the driver side, as the original owner’s husband hit a pole, so this is where you should look thoroughly to see if there’s any sign of rust. But needless to say, if what you’re aiming for is a tip-top shape, then a full restoration is the only way to go, so painting the car would be required anyway.

Most of the parts currently on the car are fully original, and the interior also seems to be in good condition. However, the seats, especially the one on the driver’s side, seem to sport a few rips that someone tried to cover with what appears to be a black leather patch.

But at the end of the day, this Chevelle SS 396 is still worth checking out, especially because it can end up becoming quite a looker with the right restoration.