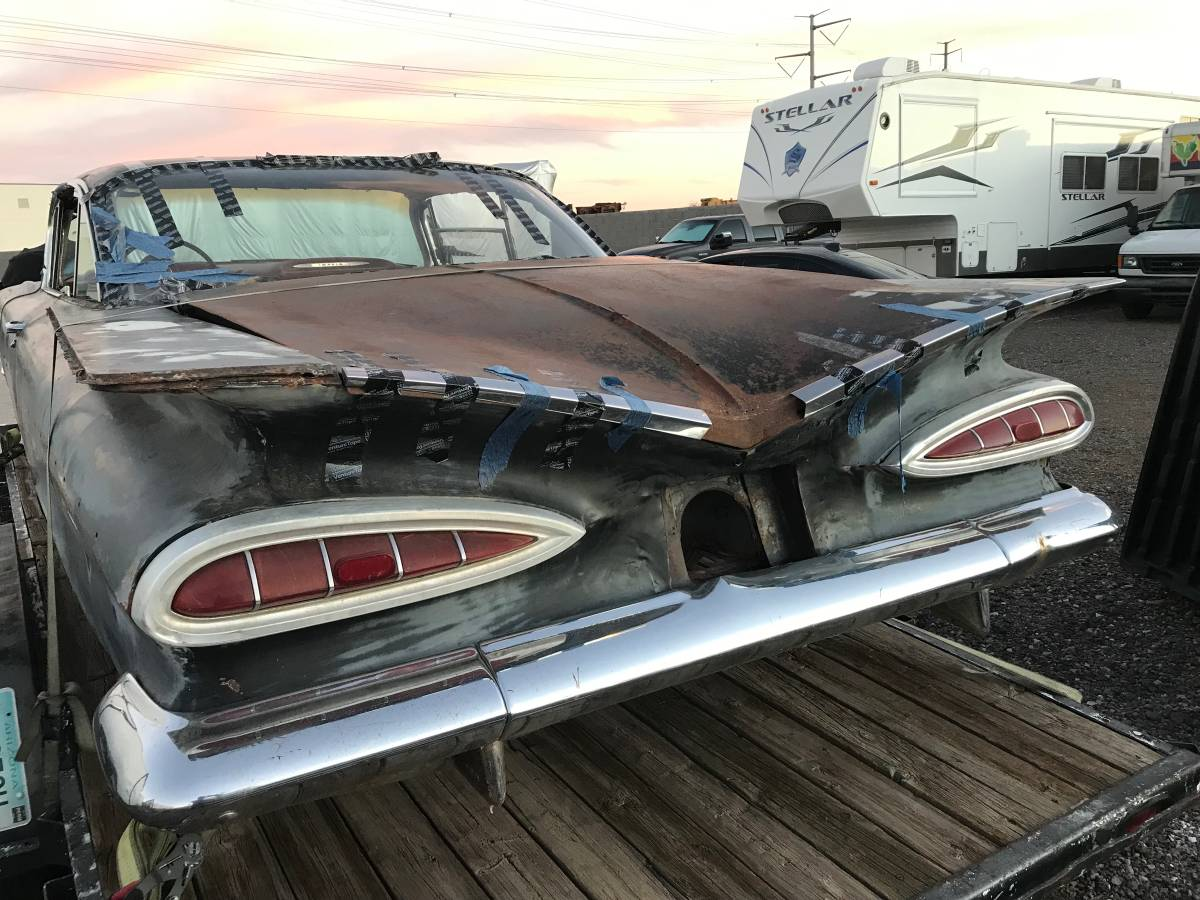 The Impala nameplate first smiled in front of the public in 1956 when General Motors unveiled it as a concept car. However, it didn’t take long before the Impala entered mass production, with the first model seeing daylight in 1958 as the top-of-the-line Bel Air.

What happened next is literally a chapter of automotive history. The success of the Impala was so impressive that Chevrolet decided to promote it to a stand-alone series only a year later, therefore giving birth to the second-generation lineup.

The yearly sales of the Impala continued to increase with every new model, so in 1965, the car became the first nameplate in the United States to sell more than 1 million units in a single year after World War II.

While it’s a project in absolutely all regards, worth knowing is that the car has the full package. In other words, it’s believed to be all original, the engine is still under the hood, and the rust has already been resolved, so the frame is super-solid. Furthermore, only little trim is missing, which means the Impala is currently pretty complete.

And speaking of the engine, this Impala was and still is fitted with a 283 (4.7-liter) – this was the base V8 configuration on the 1959 model year, so it’s one of the most common choices on the examples still in existence today. The engine is paired with a Powerglide transmission.