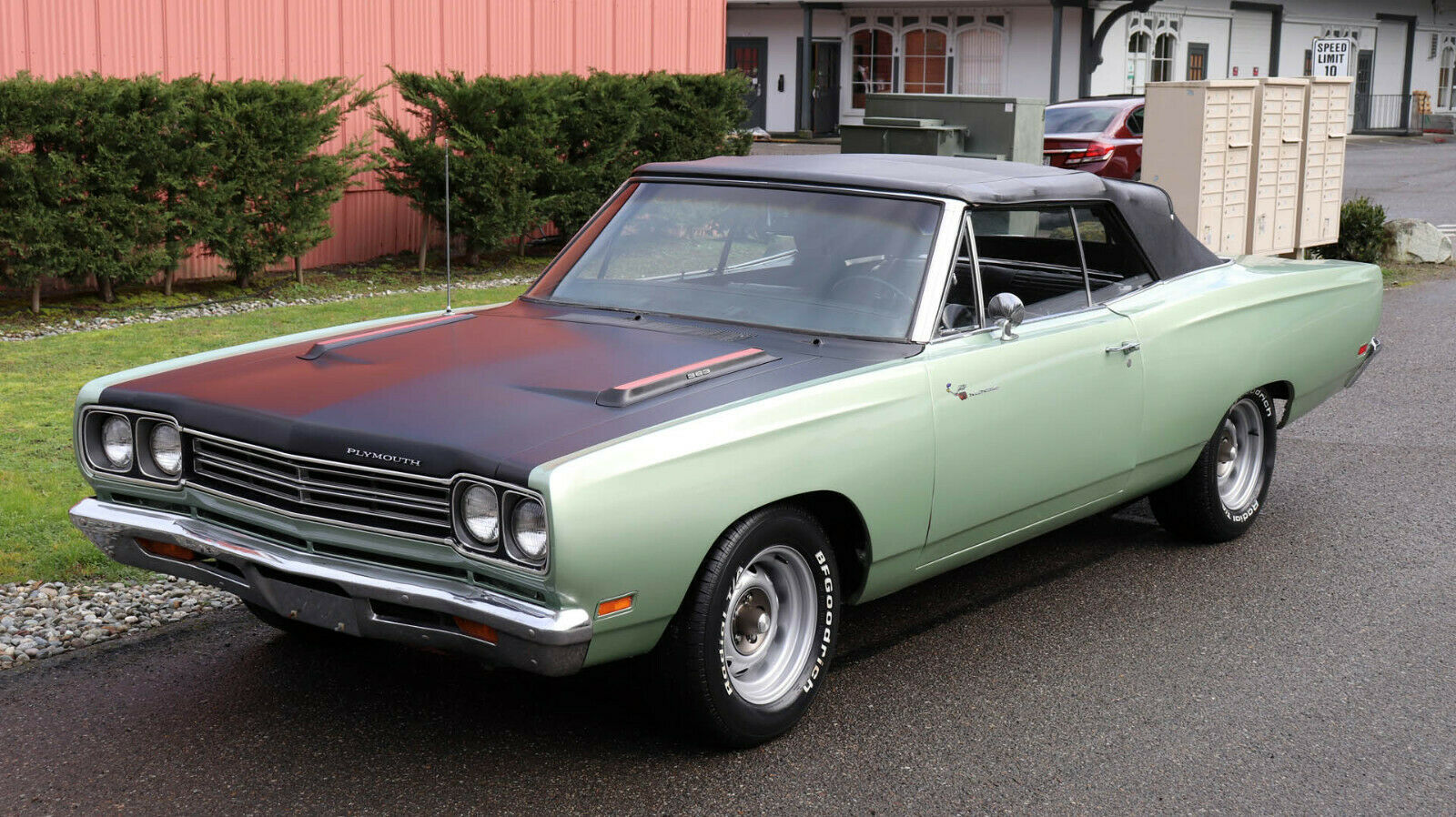 The most common Road Runner back in 1969 was the 2-door hardtop equipped with a 383 (6.3-liter) 4-barrel engine, as Plymouth built more than 45,600 units in this configuration and fitted with either a 4-speed or an automatic transmission.

On the other hand, the convertible was obviously much rarer, with the parent company offering a choice of just two engines for models with a removable top.

First of all, it was the more popular of the two, namely the 383 4-barrel paired with the same transmission units as the hardtop. A total of 1,880 convertibles ended up seeing the daylight with this engine, out of which 1,111 of them sported an automatic gearbox.

On the other hand, Plymouth also built 10 Road Runner convertibles with a 426 (7.0-liter) engine, and in this case, only 6 of them were equipped with a 4-speed transmission.

The Road Runner we have here is a convertible that was born (and fortunately still comes with) the aforementioned 383 engine paired with an automatic transmission. The same engine is still in the car, and everything is running like a charm, especially as the carburetor has recently been rebuilt.

Everything on this model is impressive, to say the least. The original carpet, seat covers, door panels, and top boot are still in the car, while the paint looks really good, with almost nothing to fix overall.

This Road Runner is currently at its second owner (who purchased the car more than 3 decades ago), but the more impressive tidbit is the vehicle spent the last 34 years in storage. In other words, the second owner enjoyed this Road Runner for a very limited time, as they then moved it to storage to preserve this impressive condition.