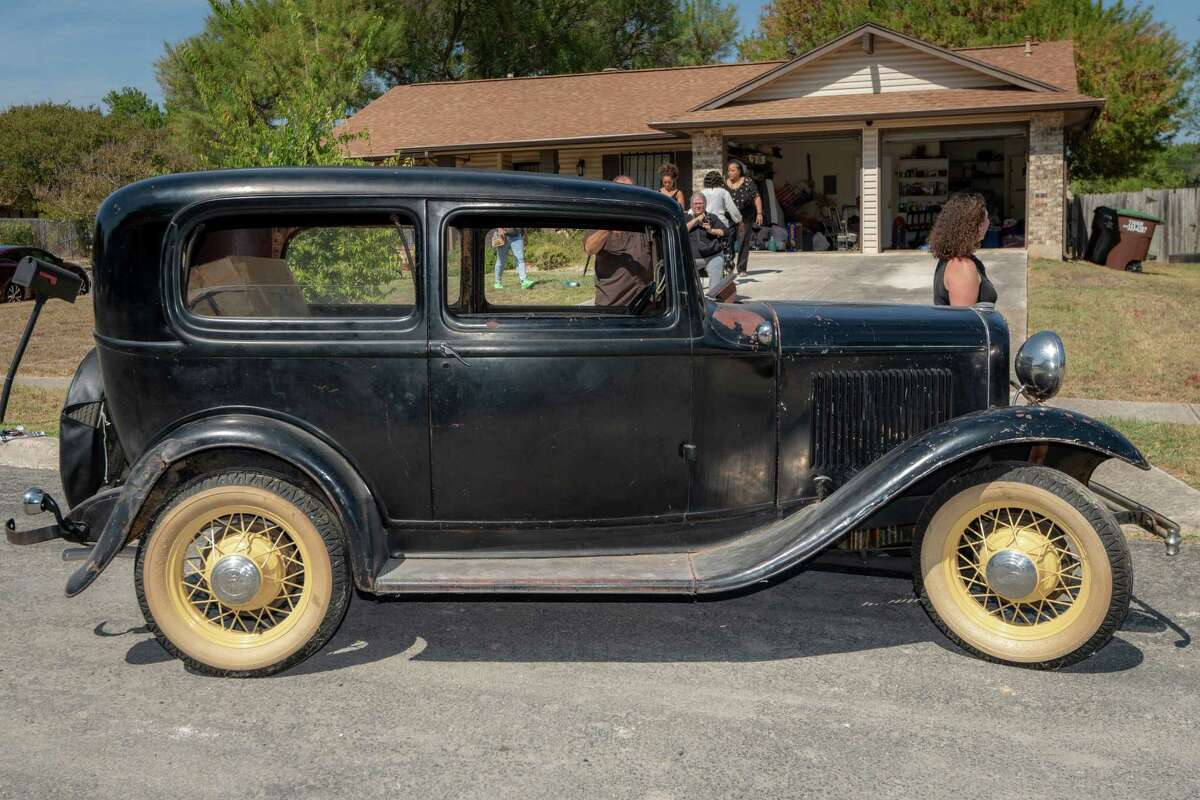 A vintage 1932 Ford Model B that once rumbled on San Antonio’s streets is headed to a national museum in Washington, where it will be refurbished and displayed as a symbol of resilience amid rampant discrimination against African Americans.

The four-cylinder, two-door sedan donated this week by descendants of Delbert and Dottie McKinney will be the first Black-owned vehicle in the Smithsonian’s National Museum of American History collection. It will be exhibited among transportation pieces, including locomotives and railroad items. Some of those museum relics are related to the Pullman porter workforce that the McKinneys worked to support and protect through union activities.

After 15 years, the family decided to donate the antique automobile to a museum as a tribute to the couple and their youngest son, Alonzo McKinney Sr., an Air Force veteran who kept the car running until he died in 2007. It hasn’t been driven since then. Alonzo McKinney’s granddaughter, Courtney McKinney, said the car is a testament to her great-grandparents’ “place in U.S. history.” Once it’s fully restored to its original appearance, it could be on display as early as next summer.

“A lot of times, we talk about African American history as separate from U.S. history when really it’s the same,” she said. “We helped build this country in such a foundational way. To me, the car is a representation of that physical manifestation of their work and their contribution. I’m really proud that it’s going to be memorialized in that way in D.C.”

On a more personal level, she connects the old Ford to her grandfather, who enjoyed working on cars and kept the Model B running.

“That’s part of why it was so important to me, because he really took pride in it,” she said. “It was really important to him, and that’s why we held onto it for so long.”

Growing up in Dallas, she would sometimes ride with him to have the car worked on by an “older gentleman” — one of the few people who knew how to maintain it. She was always drawn to the metallic, oily smell of the car in her grandparents’ garage. She even got to drive it once as a teenager.

“That smell, it kind of just for me activates a memory of me going with my grandpa,” said Courtney McKinney, 32.

She also came to appreciate the challenges her great-grandparents must have faced. Delbert McKinney, a porter with the Missouri-Kansas-Texas railroad, organized Black rail porters and helped enact anti-discrimination policies. His wife was secretary of one of the union affiliates. They lived on San Antonio’s East Side.

“The reason that they had the car in the first place had a lot to do with their work in the community and specifically the rail line,” Courtney McKinney said. “Unionizing Black rail porters in the 1930s was no small task, and it definitely took some courage, and it took an orientation toward justice.”

In a release, the museum said the car provides “a glimpse into the emergence of the Black middle class against an era of broad racial discrimination.” The McKinneys drove it to labor conventions and community meetings and used it for leisure travel in South Texas.

“The McKinney family’s relationship with the car illuminates the history of car ownership and automobility for African Americans at a time when many faced discrimination and violence on common carriers from trains to streetcars and buses,” the release said.

Kathleen Franz, chair of the museum’s work and industry division and collecting curator, said that “this Model B can tell multiple stories of the ways in which African Americans navigated the not-so ‘open road’ of automobility.”

“The car was one of few owned by a Black family during the Great Depression and illuminates automobile history at a time when travel was segregated and even dangerous for Black Americans,” Franz said in the release.

From an automotive standpoint, the Model B had a short production run from 1932 to 1934 amid rapid design changes at Ford Motor Co. during the depression. It has a front windshield that opens, has a nearly 9-foot wheelbase and is about 5.5 feet tall.

To Courtney McKinney, it represents values passed on through generations in her family.

“We just learned to care for other people,” she said.