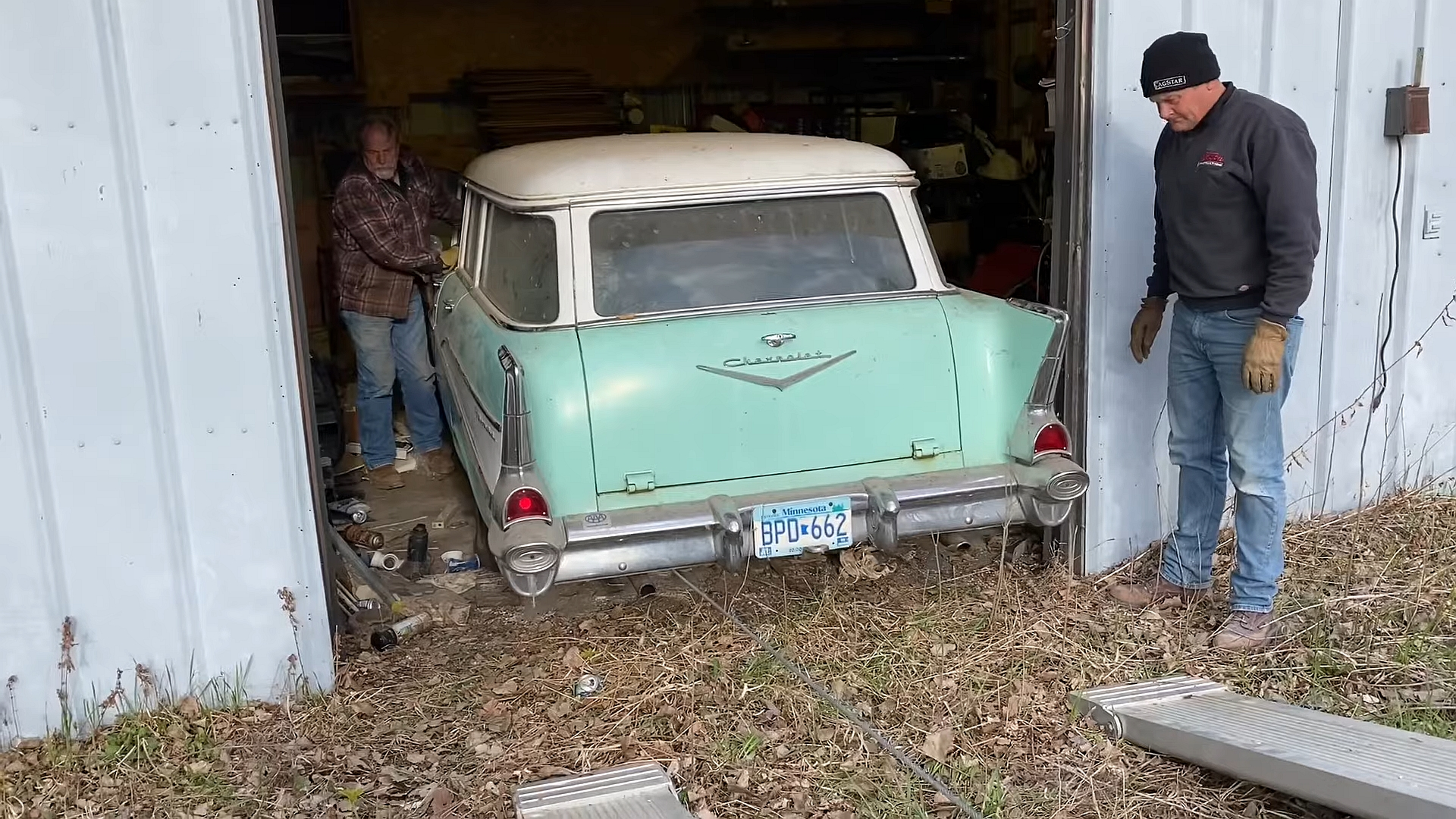 With almost six million units built from 1955 to 1957, it’s not surprising that so many Chevrolet Tri-Fives are now populating junkyards and barns. But while many of them are in bad shape and too expensive to rescue, some examples spent decades in proper storage and are almost ready to hit the road again. This 1957 station wagon is one of those cars.

Finished in a lovely shade of Surf Green paired with a white top and pillars, this Chevy spent no fewer than 23 years in storage. Fortunately, it was kept away from the elements and sat on a dry floor, so it’s in pretty good condition, with no visible rust to talk about.

And while it was retired in the late 1990s, which means that it spent at least 40 years on the road, it has only 25,000 miles on the odometer. Needless to say, the owner (or owners?) of this car took really good care of it.

As soon as it came out of the barn, the wagon got its first wash in more than two decades. Sadly, the footage doesn’t document the process, but we do get a before-and-after comparison, which shows that the paint is in really good shape. Amazingly enough, it shines almost like new.

And while we don’t get a lot of camera time from inside the cabin, it’s pretty obvious that the interior is just as gorgeous thanks to a two-tone layout that combines Surf Green with light blue. This car is only a detailing away from becoming a Concours-winning classic of the “survivor” category.

The mill in question is clearly a V8, but it’s not clear whether is the 265-cubic-inch or the optional 283-cubic-inch mill. The former came with 162 horsepower on tap, while the latter, which was brand-new for 1957, generated between 185 to 283 horses depending on carburetor setup. The most powerful version featured Rochester fuel injection.

The other mystery surrounding this wagon is the trim. The Tri-Five series included three different four-door wagons in 1957. One of them was the Bel Air and we can definitely rule it out based on the way the car looks. This leaves us with a couple of 210 models, the Townsman and the Beauville.