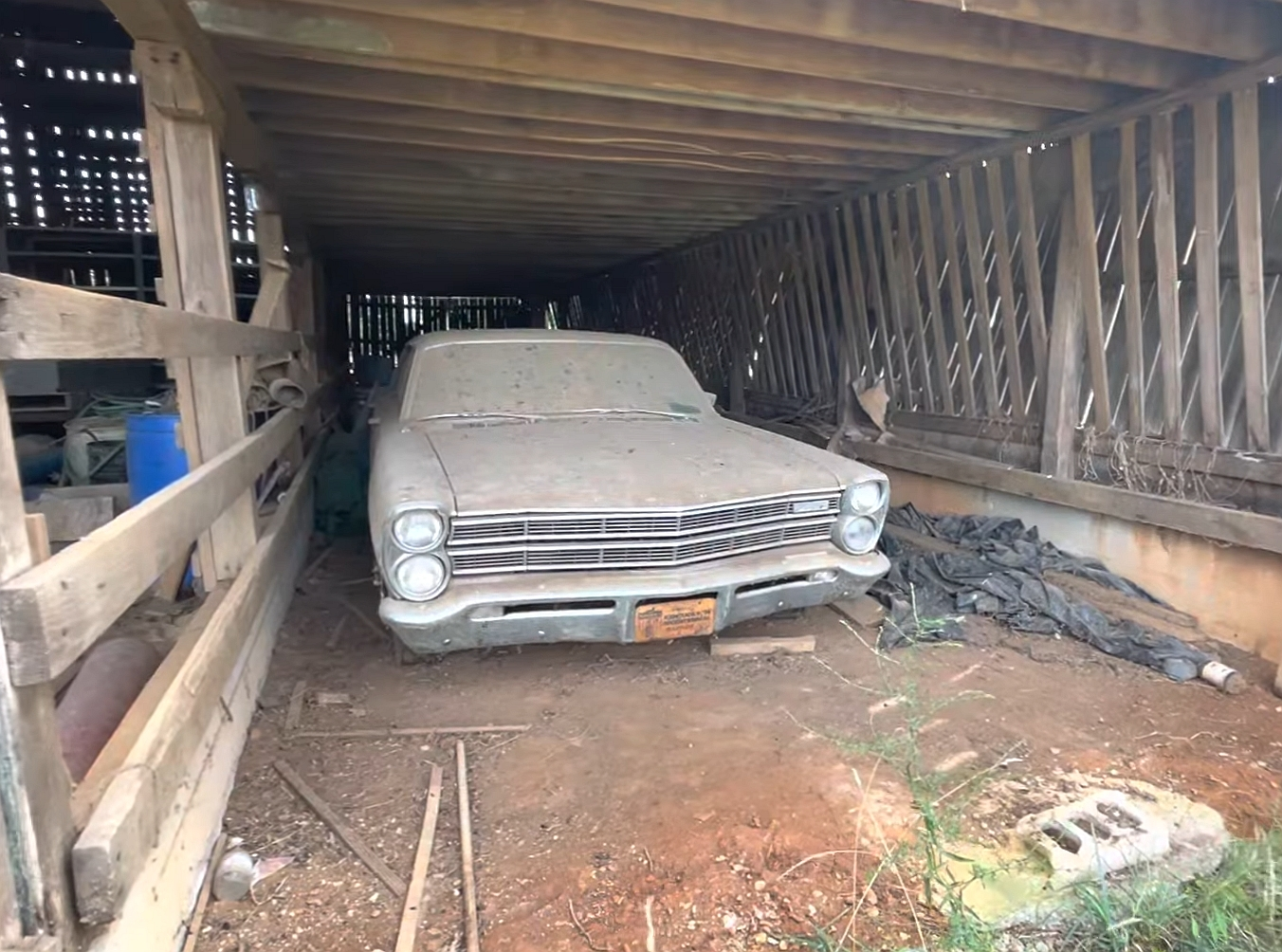 Cars that spend decades in barns tend to come into the light with loads of rust and rat nests under a thick layer of dust. But some classics take improper storage better than others and this 1967 Ford LTD is proof that not all barn finds are of the junkyard variety.

This massive four-door sedan was retired from road use sometime in 1983. While it wasn’t stored in the barn, it was found for all these years, but it was never revived until 2022. And this means it spent a whopping 39 years behind closed doors.

Surprisingly enough, the LTD is still in good shape after all those years off the road. Yes, the paint has seen better days and there’s a bit of rust here and there, but I’ve seen cars that looked far worse after only 20 years in storage. We can definitely call this LTD an unmolested survivor.

But will this 1960s classic still run? Well, the owner has yet to attempt that, but the engine bay also appears to be in good shape apart from 39 years’ worth of dust. And since the car ran when it was parked in 1983, there’s a good chance that the V8 will fire up without a rebuild.

But here’s the cool thing about this LTD. While most four-door sedans from this era left the factory with small-block V8 engines, this rig packs a big-block powerplant under the hood. In the form of a 390-cubic-inch (6.4-liter) V8. Now I’m not saying it’s rare because I don’t have specific production figures to run by, but it’s definitely a hard-to-find gem compared to an LTD coupe in the same configuration.

But it wasn’t the meanest LTD four-door in 1967, because Ford also offered a 427-cubic-inch (7.0-liter) “Cobra” and a 428-cubic-inch “Thunderbird” engine. While the latter was good for 345 horsepower, the former delivered a whopping 425 horses.

The 1967 sedan is part of the first-generation LTD, which was produced from 1965 until 1968. The then-new LTD range was an extension of the flagship Galaxie 500 series with luxury-oriented features. Like the Lincolns and Mercurys of the era, the LTD came with a plush cloth interior with woodgrain accents, contoured seats, and door panels, and was available with power windows and a power driver’s seat (among others).