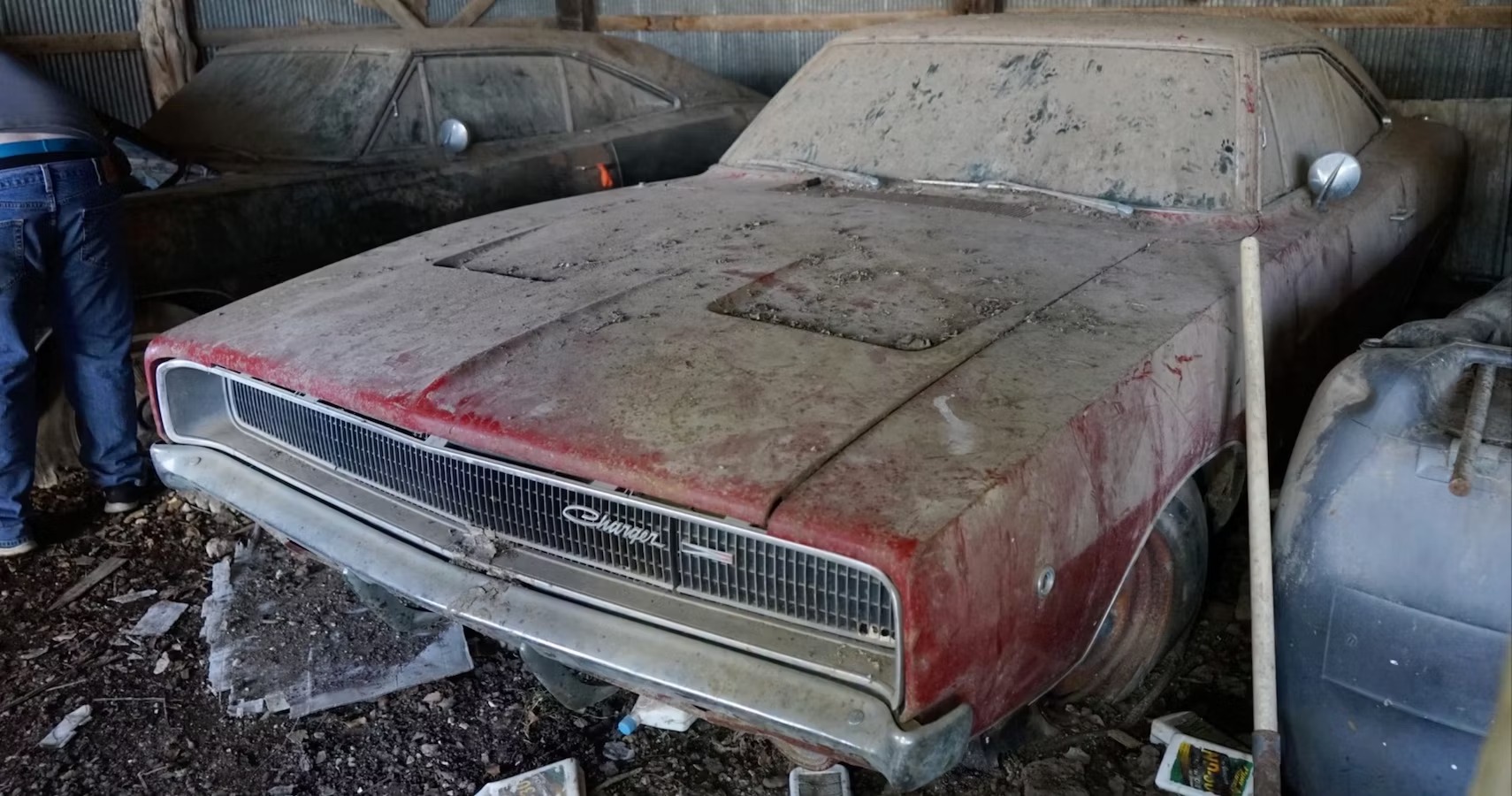 If you are a car lover, then you understand the thrill of a barn find. Driving long distances hauling a trailer and hoping to get a time capsule locked up in a mysterious farm somewhere with a cool story behind it. Well, if this was a treasure hunt, Ryan Brutt of Auto Archaeology struck gold with three second-generation Dodge Chargers sitting in an old storage barn.

On this barn find hunt, Brutt and his friends were checking out a few classic cars on a farm, and before they left, the owner asked if they wanted to check out a couple of classics behind an old storage barn. And just like that, they discovered two R/T’s and a fully loaded 318 Charger.

In between steam tractors, John Deers, and old farm trucks, was a 1968 Dodge Charger R/T 440 car. The 1968 Charger is iconic to Dodge’s history in America. It was a comeback from the bad sales figures of the first-generation in 1966, and Dodge desperately needed a gloat-worthy driveway candy competitor for the Pontiac GTO, Ford Mustang, and Oldsmobile 442 that were making headway into the market.

In came the 1968 Dodge Charger R/T 440, and car enthusiasts in America have never felt the same again for 50 years. It was a high-performance two-door coupe with an imposing figure. It arrived at the dealerships packing a potent big block 440 V8 Magnum with a choice of a 4-speed manual or a 3-speed automatic making 375 hp. Brutt’s barn find was an untouched, original blue, second-gen, 4-speed manual 440 Charger.

Even though they haven’t been sitting in the best conditions, it would be interesting to discover the stories behind the three classics and what restoration future awaits them.