Thanks to The Wife 1968 Dodge Charger Sees Daylight After 28 Years, Numbers-Matching V8 Fires Up 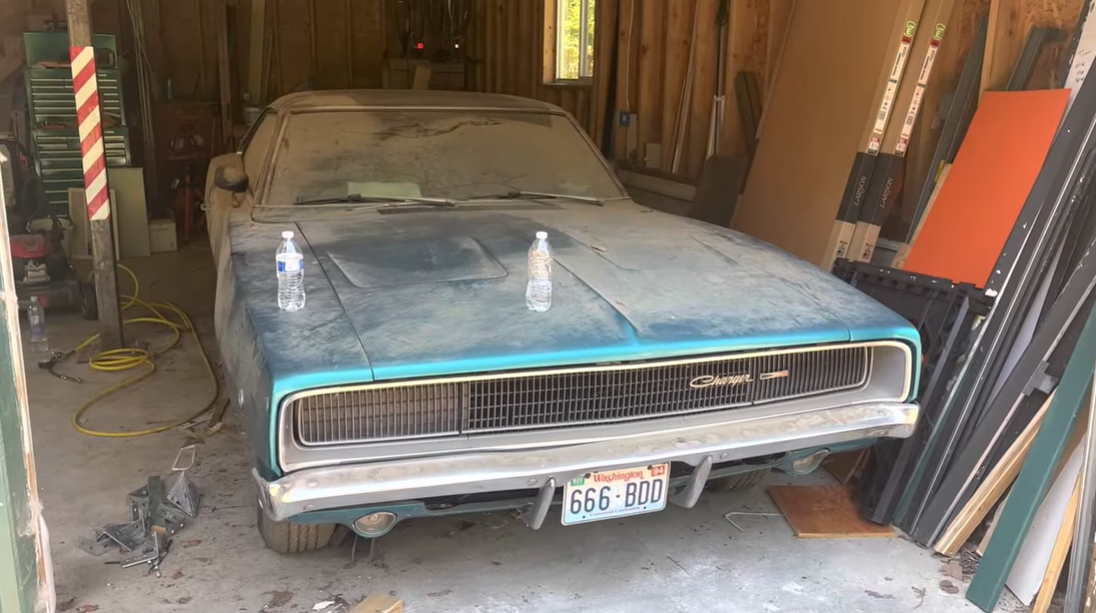 This 1968 Dodge Charger is one of those cars. Parked in a garage after it was rear-ended back in 1994, this once glorious muscle car remained in storage until 2022, gathering 28 years’ worth of dust. While the damage is far from awful, life just got in the way, and the owner didn’t find the time to fix it.

Now that he had passed away, his wife decided the Charger needs to go to a new owner. One who would put the muscle car back on the road, just like her husband always wanted. And thanks to YouTube’s “Dead Dodge Garage,” this fabulous survivor not only runs and drives again, but it’s just a few repairs away from becoming a road-worthy classic.

Finished in a gorgeous shade of metallic blue, this 1968 Charger had its rear fascia crumpled on the Interstate almost three decades ago, but other than that, it appears to be in solid condition. I can’t say the same about the interior, which is rather moldy (and smelly) after so many years in storage, but it’s nothing that can’t be fixed with a professional cleaning.

Even though it sat for 28 years without a single sip of gasoline, the V8 mill didn’t get stuck, so getting it to fire up again wasn’t very difficult. Not surprisingly, the engine smokes quite a bit, but it runs pretty smooth. And not only does it have enough oomph to push the Charger for a short drive in the backyard, but it also manages to spin the rear wheels into a burnout.