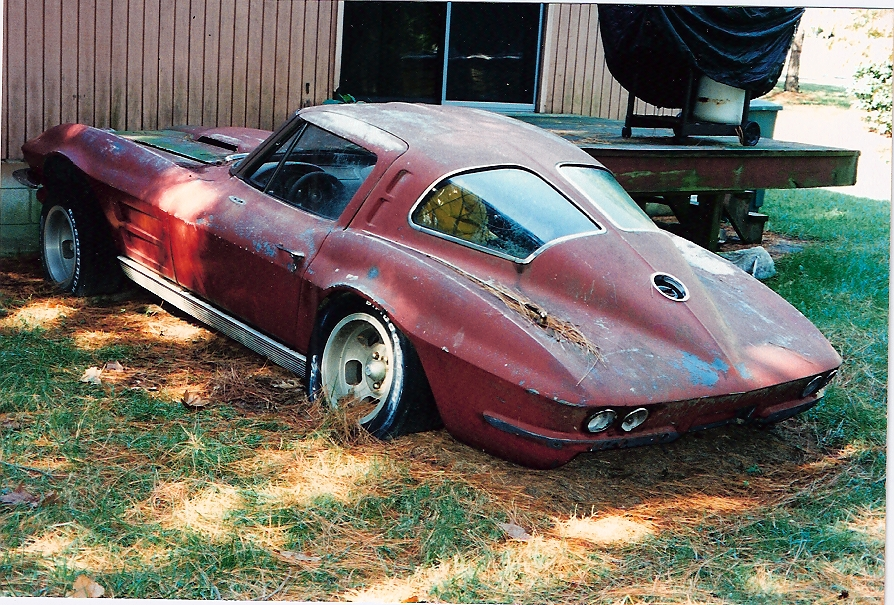 I heard a rumor about 15 years ago about a swc fuelie that was sitting in a garage pretty far from me so I didn’t really do any more investigation then. But last year a friend of mine who’s also a Corvette guy came around and started to talk about the same fuelie and he mentioned that he knows the owner and the car is just sitting and gathering dust. I asked him in what condition the car is and he didn’t know but he said he’d find out.

I persuaded my friend to ask if the owner might be willing to lend the car to our Corvette club’s booth in a big car show and the owner said sure. I promised to take good care of it, give it a good was and have it detailed it for him.

When we went to pick the car up it really was buried under piles of stuff and it took us two hours just to get crap of, not wanting to make any damage to it. Once we rolled it out it turned out to be in real good condition and very presentable for the show. The owner was really surprised to see that we came with a trailer. He asked that why don’t you just drive it?

A fully restored 1963 all numbers matching fuelie that has been sitting still for the past 20 some years… I didn’t want to be the one to destroy it, thank you very much.

We got it on the trailer and stopped at the nearest gas station to get air in the tires.

Even as dirty as it was it looked really good. I was feeling proud just to be able to give it a good was and get it shine again.

After the weekend at the car show we took the car back to the owners garage where we rolled it back to the same spot where we’d picked it up few days earlier. I could just see how it would slowly start gathering dust and stuff would start piling on it again.

The owner was really pleased to see it shiny again, but had no intention to start driving it…