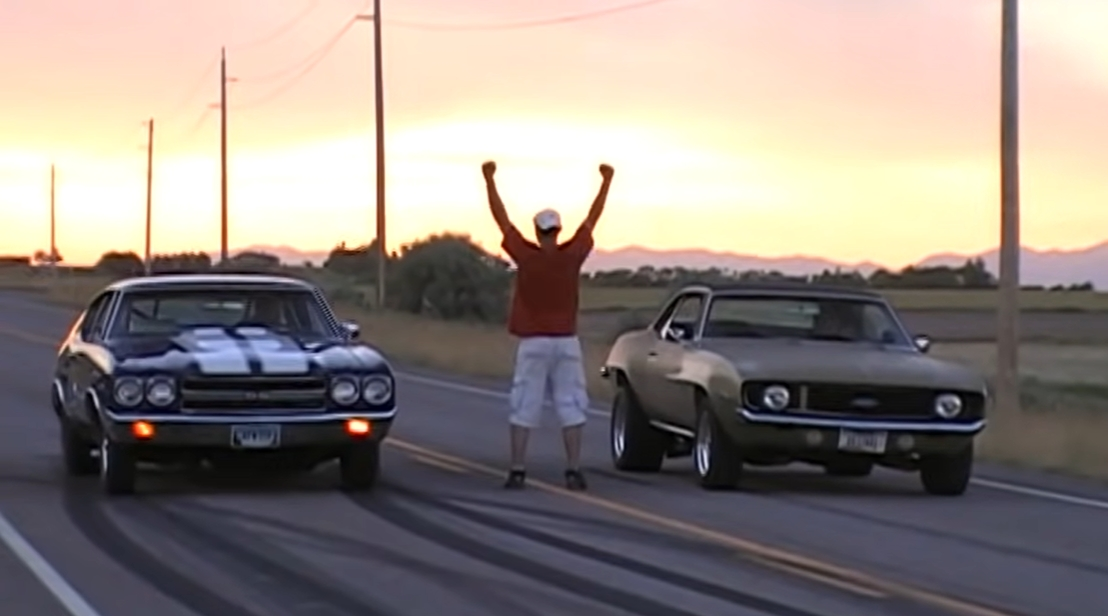 Street racing has really come a long way from the way that used to be back in the days of previous generations. I’m sure that a lot of us have family members who have told stories of how simple racing used to be when it was nothing more than two cars, two drivers, and a stretch of road.

Since then, racing has evolved to a stage where there is always constant debate, cars with more power than you would have ever imagined, and even sometimes film crews who come along to capture the action. We aren’t necessarily saying that that’s a bad thing but sometimes, it’s nice to reminisce over times when things were simply… Well, simpler.

This time, we check out a modern-day version of a race that really gives us some nostalgia when a 1969 Chevrolet Camaro and 1970 Chevrolet Chevelle go head-to-head in a battle on a wide-open highway that seems to be almost out in the middle of nowhere.

While these two cars might not be the fastest in the world, it really is nice to check in with a video that takes us back to where the roots of street racing live. With one taste of this video, you’re going to be walking around with a strong sense of Americana all day long.