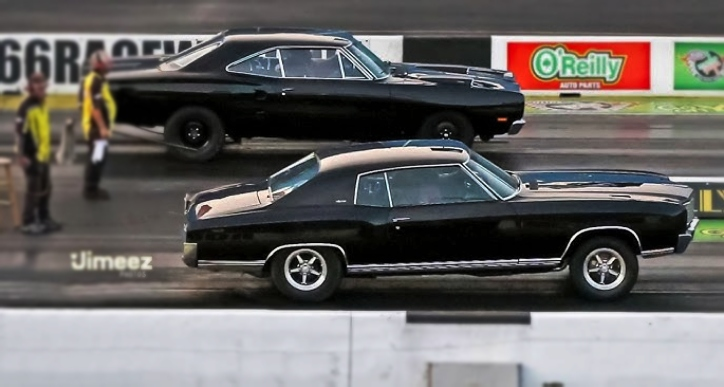 This time we have two iconic American classics both in Black competing at a Test-N-Tune event at Route 66 Raceway in Joliet, Illinois. I’m not sure if the 1969 Dodge Super Bee driver was asleep or just decided to give the lady a head start.

That’s right, the 1970 Chevy Monte Carlo is owned and raced by a lady that goes by the name Sherrie, and she even has her name on the 496 cubic inch Big Block V8 engine valve covers. I guess the Mopar driver didn’t see that coming.