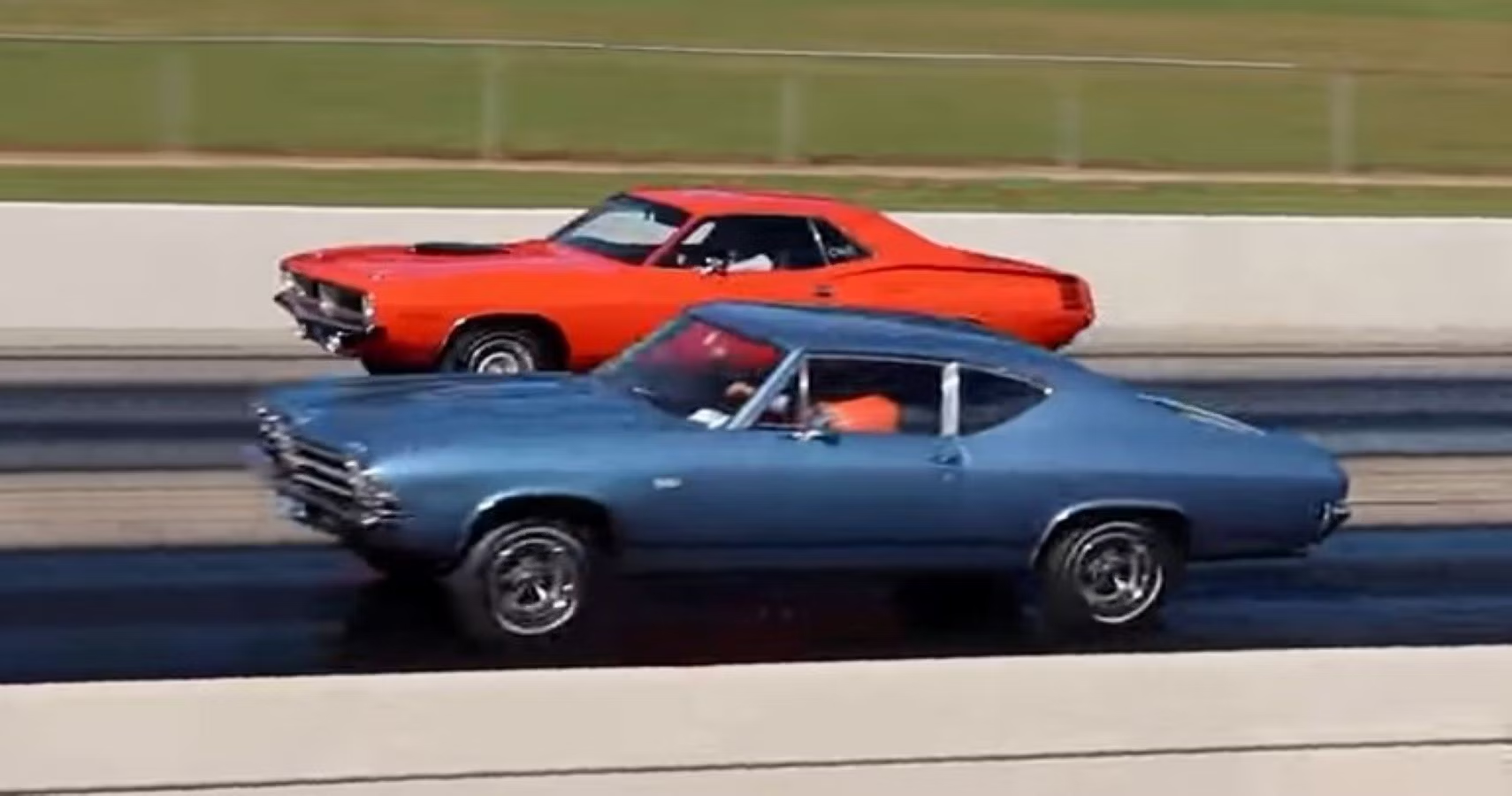 The 1970 Plymouth Hemi ‘Cuda is a muscle car produced by the Plymouth division of the Chrysler Corporation. It was powered by a 426-cubic-inch Hemi V8 engine, which produced 425 horsepower and 490 lb-ft of torque. The ‘Cuda was available in a variety of body styles, including a hardtop, convertible, and a sporty fastback. It was known for its bold styling, powerful engine, and excellent performance. Due to its rarity and desirability, the 1970 Hemi ‘Cuda is considered a highly collectible car today, and it can fetch high prices at auction.

The 1969 Chevrolet Chevelle Super Sport, or SS, is a muscle car produced by Chevrolet. It featured a sporty design and was available in a variety of body styles, including a coupe, convertible, and a sporty two-door hardtop. It was powered by a range of V8 engines, including the base 307 cubic-inch V8 and the optional 396 cubic-inch V8. The 1969 Chevelle SS was known for its good looks, powerful engines, and excellent performance.

First car is a 1970 Plymouth Hemi Cuda, the other a 1969 Chevrolet Chevelle. The Chevelle is a Super Sport (SS396) with a L89 V8 with factory aluminum heads rated 375 horsepower. The Hemi Cuda has a 426 Hemi V8 rated 425 horsepower. Both cars have automatic transmissions. The Hemi Cuda has 4.10 rear gears, and the Chevelle has 4.88 rear gears. It weighs 3745 pounds, including the driver. The Chevelle is 3690 pounds. There were only 652 hardtop Cuda produced in 1970 with the Hemi, and only 67 L89 Chevelles in 1969 with the automatic transmission.

The transmission must be correct for year, make, model and engine of the car. 3-speed manuals may be upgraded to the correct 4-speed if originally available. The rear axle must be of the same manufacturer as the car. Any gear ratio is allowed. Reproduction tires or radial tires only. You are allowed to run tires one size over stock. Factory wheels only.

Check out and enjoy this factory stock drag race: //Youtube/Cars And Zebras