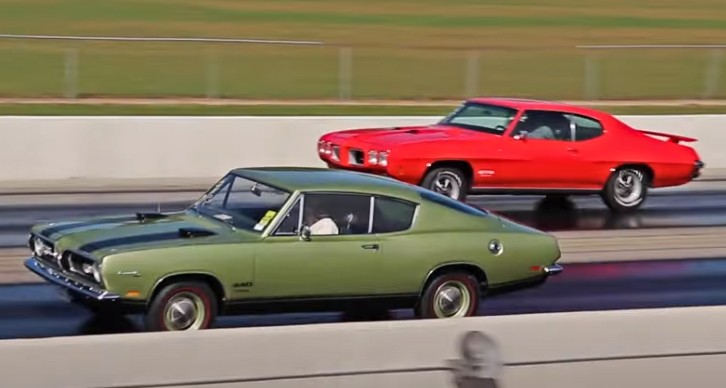 Here is another epic video from the Pure Stock Drags annual event held at Mid Michigan Motorplex. This time we have a rare 1969 Plymouth Barracuda that came from the factory with the 440 Cuda package paired with Torqueflite automatic and 3.91 geared rear end.

The 440 Cuda competitor is a 1970 Pontiac GTO powered by 455 V8 mated to Turbo 400 3-speed transmission and set of 3.55 rear gears. The Mopar certainly has the advantage in terms of power and weight, but still watching those classics run down the 1/4 mile is a treat.