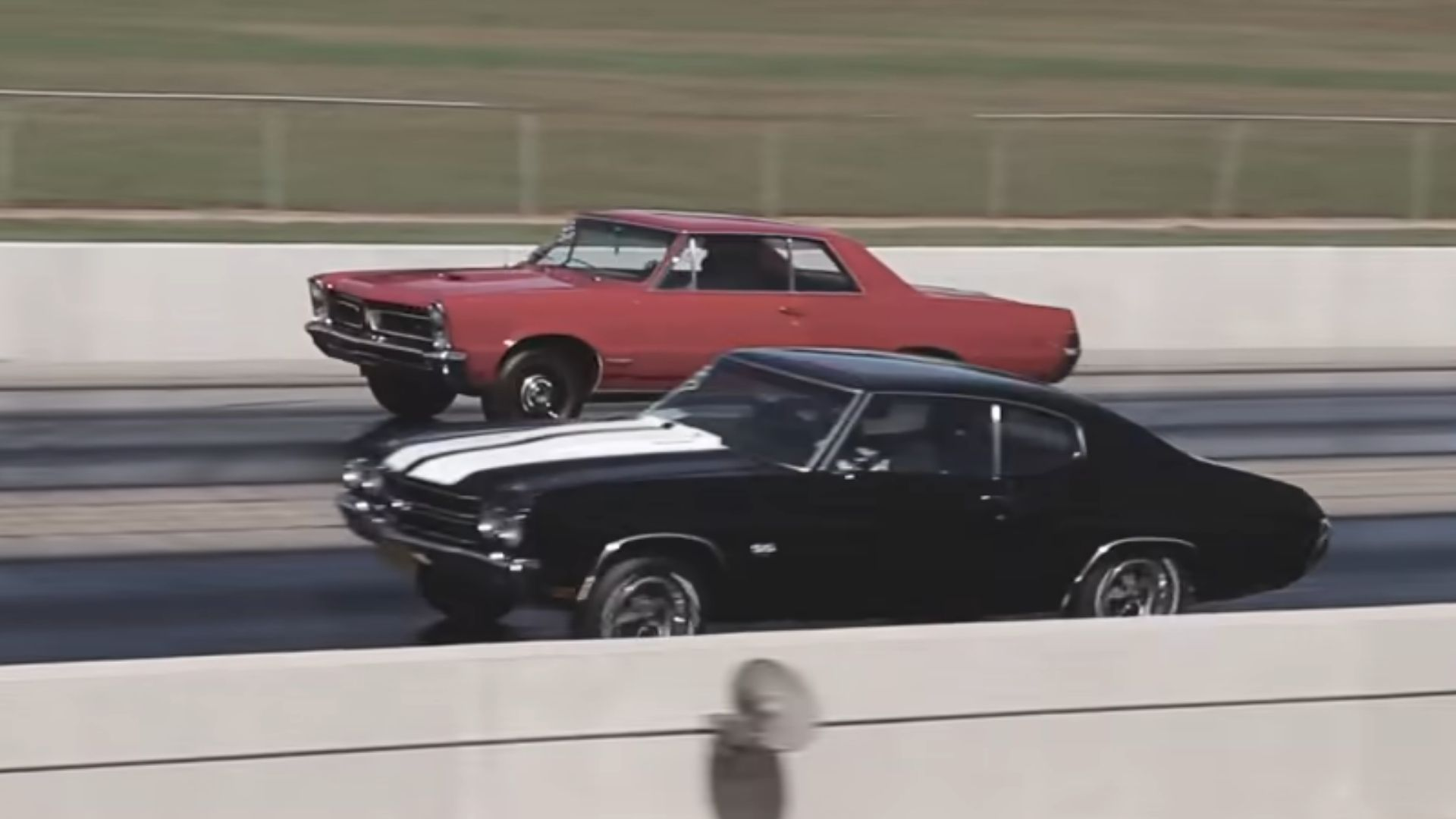 The Chevelle SS 454 needs no further introduction. Developed during the second generation (1968-1972), this Chevelle rolled off the assembly line with the monstrous 7.4-liter LS6 V8. Sporting four-bolt mains, forged aluminum pistons, forged crank and rods, a solid lifter cam, aluminum intake manifold, and Holley 780 carburetor, this mill was rated at an incredible 450 horsepower and 500 pound-feet (678 Nm) of torque.

These numbers enable the 50-year-old Chevelle to keep up with most modern muscle cars, so it’s far from surprising that it can leave a 1965 GTO well behind in a drag race.

Speaking of that, these classic muscle cars lineup up for a best two out of three face-off. And the Chevelle wins the first race with a 13.25-second run, while the GTO is almost half a second slower. Both cars perform better during the second leg, but the gap is even bigger. The Chevelle moves into the 12s with a 12.82-click sprint, while the GTO crosses the line after 13.45 seconds. Impressively enough, the Chevy hits a trap speed of 109.43 mph (176.11 kph).

The third race is actually a close contest, but the Chevelle driver had already won the duel. Both cars have some serious traction issues upon take-off, so they get back into the 13s. The Chevy wins by fewer than two tenths, but it hits 109 mph again, notably more than the GTO.