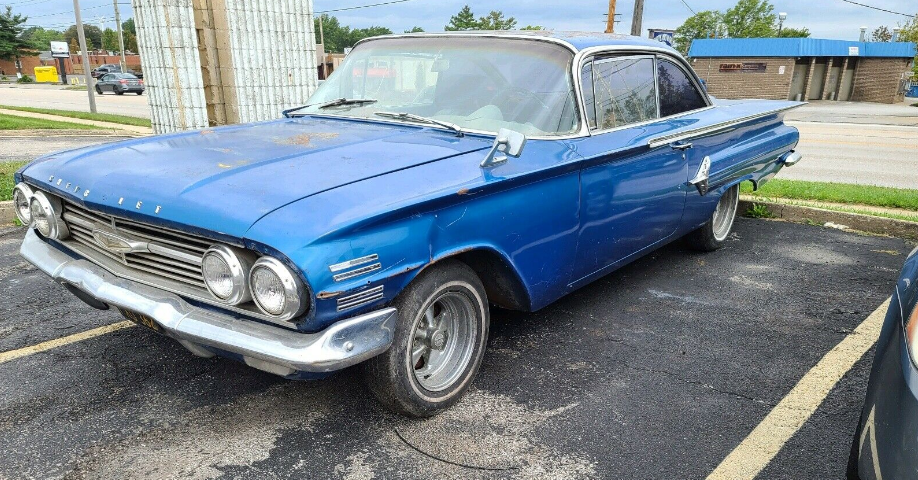 It’s hard not to like a 1960 Chevrolet Impala, especially because this new model year brought several styling changes, including the three round taillights on each side that were previously removed in 1959.

The 1960 Impala that we have here is a solid testament to those great times, especially as it comes in a fair condition allowing for what could be an easy restoration depending on what you come across upon a more thorough visual inspection.

The Impala spent the last few years in a garage, though initially, it was parked by their father for much longer, with the engine eventually no longer running.

The vehicle was moved from California to Ohio, and thanks to a series of fixes, the engine started running, though, on the other hand, this Impala can be by any means considered roadworthy.

There’s one big question the current owner has failed to address, and it concerns the engine. While we do know the powerplant still shows signs of life, no other specifics have been shared.

The VIN code indicates this Impala was born with a V8 under the hood, but of course, it’s impossible to tell if the original unit is still there or not.

But other than that, it’s a mostly complete 1960 Impala that seems to check all the important boxes for a solid restoration candidate, though once again, a thorough inspection should help any interested buyer get a clearer picture of everything.