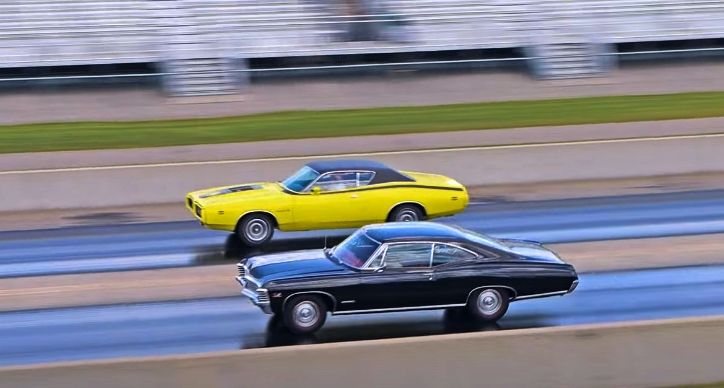 It’s time for some more awesome 1/4 mile action. Again we have a couple of legendary muscle cars in a very close race, which makes it a real treat regardless if you’re a Chevy or a Mopar person. A 1971 Dodge Charger powered by 426 HEMI paired with 727 Torqueflite takes on a 1967 Chevrolet Impala SS fitted with 427 V8 mated to a 4-speed manual. Hit the play button and enjoy the ride.

What’s your thoughts? Who’s going to win the race?