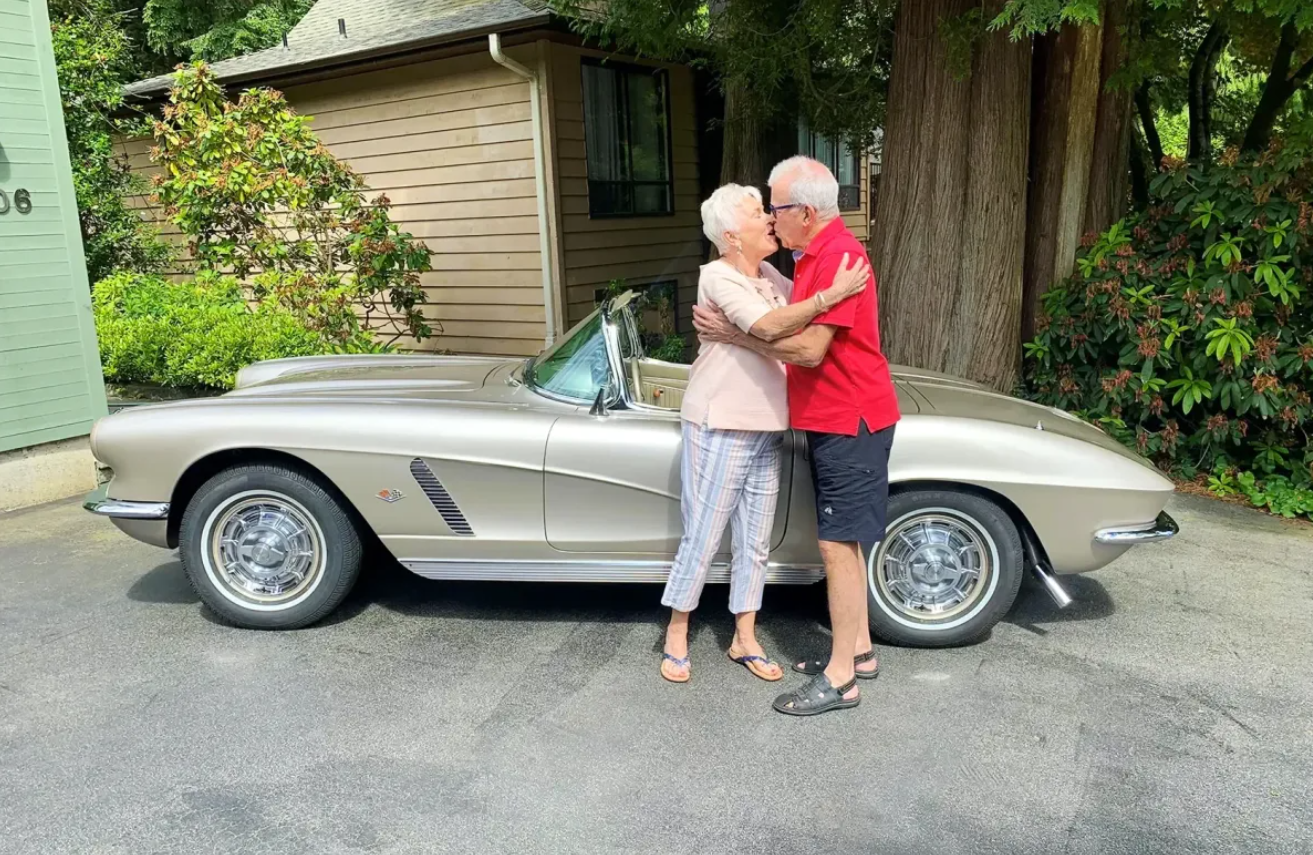 If you don’t have this kind of relationship, she ain’t the one!

Linda Davidson kisses her husband John in front of his new (to him) 1962 Chevy Corvette dream care. She made a big gesture for her husband on his birthday, and he made a big leap of faith in trusting her while she pulled it off. This is one couple that will have you rethinking your relationship goals, because at the final chapter of your life, you deserve a spouse this awesome.

Linda Davidson took a huge withdrawal out of the couple’s joint savings account. John Davidson put his trust in his wife, after she assured him their financial advisor signed off on this being a favorable transaction. Now, I’m a very patient and trusting woman, but if $500 went missing from my an account I shared with my spouse, I’m not sure that I wouldn’t ask some follow-up questions.

When John Davidson turn 75, the transaction was no longer a mystery, when his wife Linda handed him a birthday card with the keys on during his birthday breakfast. Their family had helped coordinate the surprise, and son Nick, in from out of town, helped John outside to find more family members waiting to surprise him.

“I was astonished. I didn’t understand at first, but then I realized the Corvette was their gift to me,” John said.

Linda and John have been married 55 years, and John has always told Linda about wanting a Corvette, so she decided to move on the full-size version of a model car he had built as a teenager. Linda enlisted their son Nick to source the car, telling him not to worry about the price tag.

“I did try to talk her out of it as dad and I had years ago gone to see a first-generation Corvette,” he said of that initial conversation, telling his mother, “It doesn’t really fit people over six feet tall, it’s a rough ride, a handful to drive and it’s going to be pricey,” Nick said.

“He’s turning 75, he’s always talked about how great these cars are and he’s going to get one.”

“As much as I thought about it and dreamed about it over the years, I never took the plunge,” John says. “Now it’s here and it’s everything I hoped it would be.”