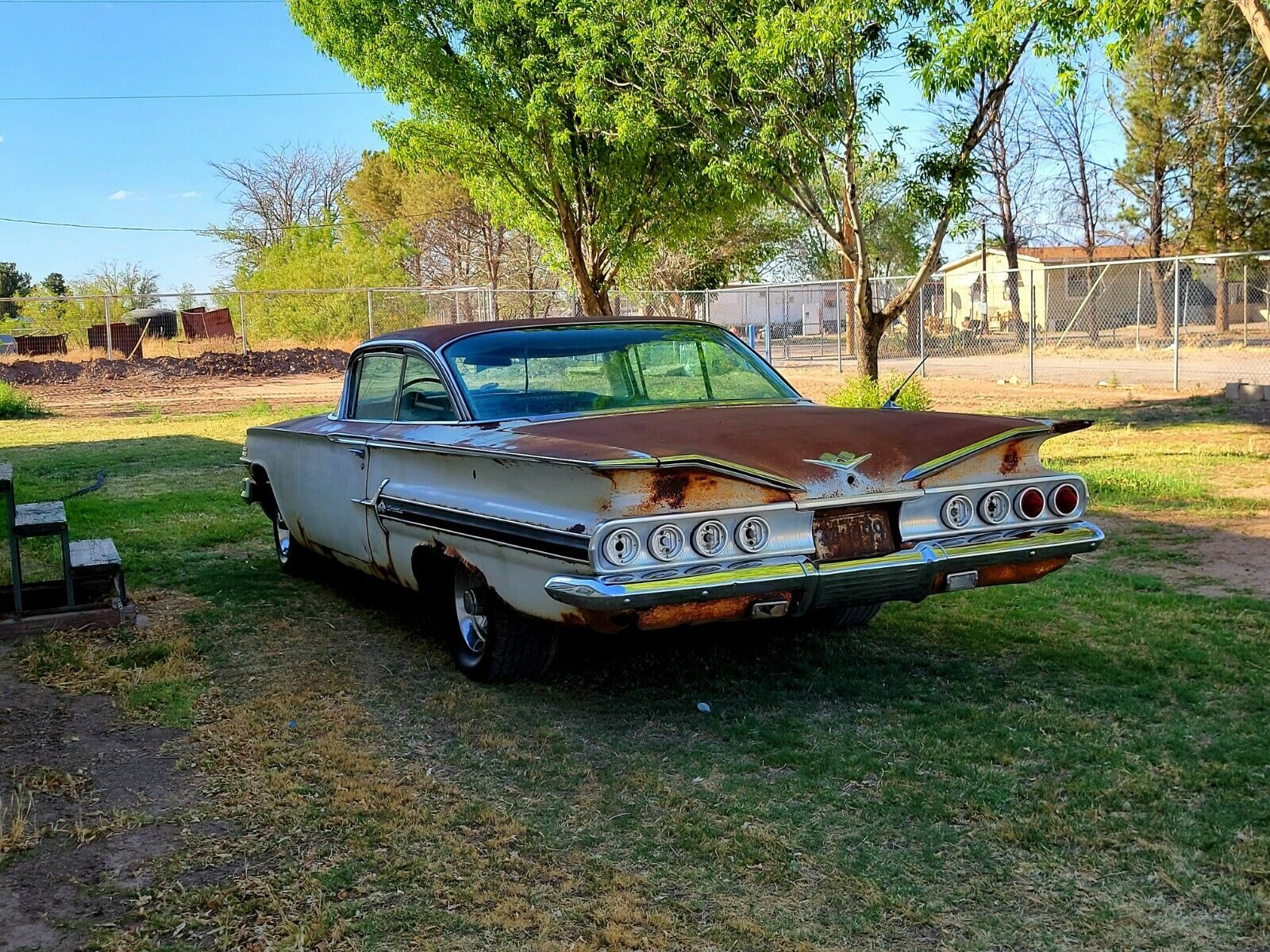 The Impala nameplate was born in 1958 as the top-of-the-line Bel Air version, but Chevrolet rapidly noticed the potential of its new model and promoted it to a stand-alone series for MY 1959.

The Impala eventually became the best-selling model in Chevy’s portfolio, as its market performance skyrocketed in the first half of the ‘60s.

This 1960 Chevy Impala promises the closest look you can get when it comes to the original model, pretty much because it has never been molested in any way.

Owner explains that their Impala continues to be all-original and complete, so in theory, the vehicle is ready for full restoration. And without a doubt, this is pretty much the only option anyway, as the car looks like a barn find that’s been sitting for a very long time.

A car spending decades in storage ends up being invaded by rust, and this Impala exhibits such metal issues on the floors and the fenders.

The engine under the hood is a 348 (5.7-liter) V8, but on the other hand, it’s no longer running. Unfortunately, it’s hard to say if the engine is locked up or not.