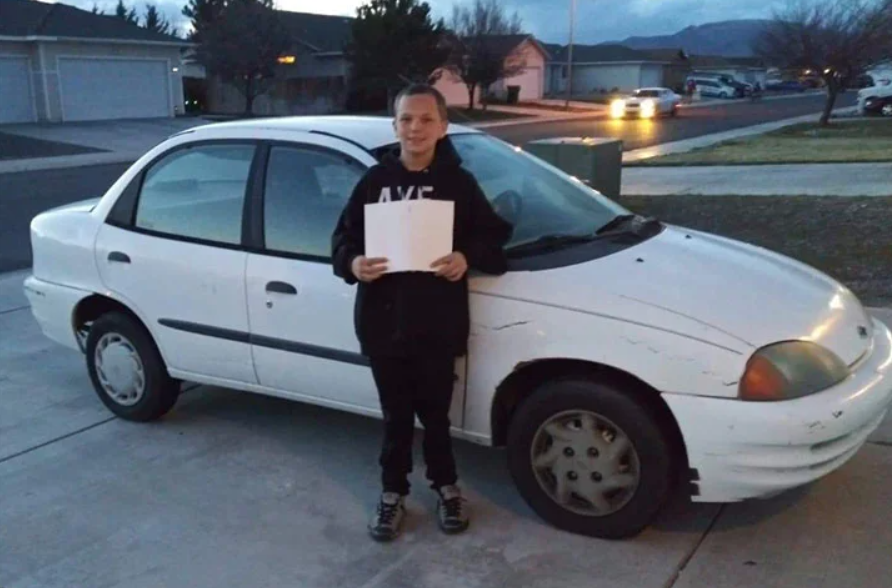 Not all teenage boys are horrible to their parents. One 13-year-old from Reno, Nevada, saved up and bought his mom a new (used) car, thus helping her out when she thought things couldn’t get any worse.

This is the kind of story that can potentially melt even the darkest of dark hearts. William Preston lives with his single mother and 2 other siblings and, according to NBC-2, they’re starting fresh.

The mother is struggling and had no car until recently, when William, the eldest, stepped in.

When he’s not at school or doing homework, William is making a few extra bucks by doing yard work for the neighbors. He had some money saved up and, after seeing several YouTube videos of (much older) kids surprising their parents with cars, he decided he would do something similar, too.

Of course, he didn’t actually imagine he could pull it through. However, one day, he found a white Chevrolet Metro listed for sale and he called to inquire about its low price tag. The woman on the phone confirmed that she was selling it for that much, but he was still short.

So he did what few other kids would even dream of doing: he offered the woman his Xbox as a trade-in. “It was really cheap so I asked her if I could trade it for my Xbox or earn it, and at first she said no, and then she thought about it, and then she said yes,” William tells the media outlet.

He then went to his mother and told her the good news: he’d gotten her a car! She didn’t believe him, so they all drove over to the seller and heard it straight from her mouth.

“He was tired of seeing me cry,” William’s mother explains for NBC-2. “At my low point, here comes my son. Everybody goes through rough patches in their life, but there’s good that can come from any situation as long as somebody with a heart does it.”

“I lost it, I bawled so bad,” she continues. “What 13-year-old do you know buys their mom a car? I don’t know any, never heard of any. I can’t even express it, like there’s no words that can express my gratitude and how proud I am,” the woman adds.