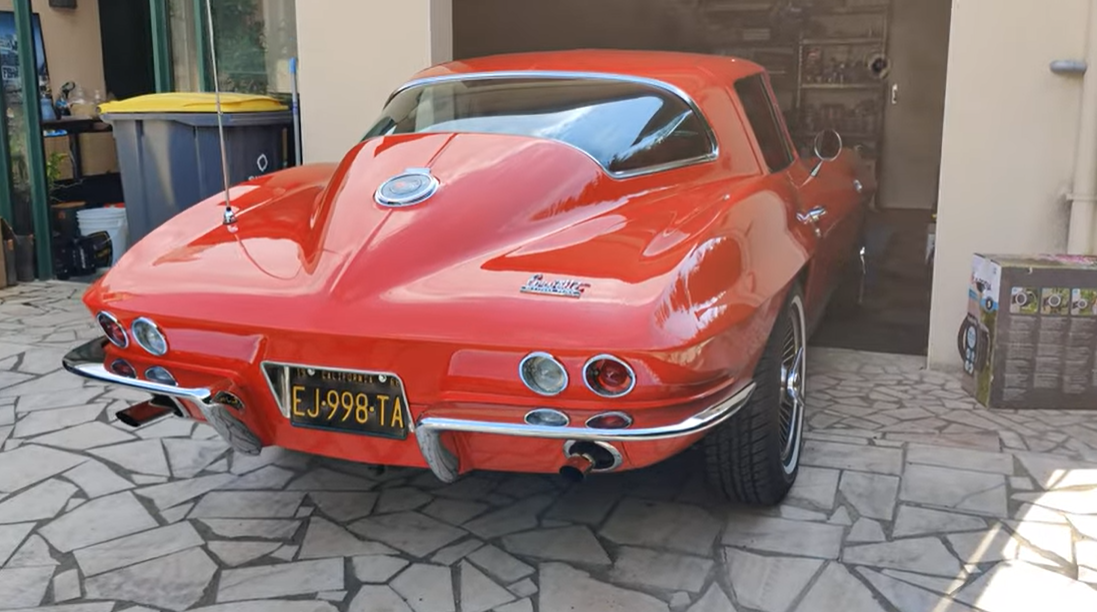 The second Corvette iteration, dubbed C2, remains arguably one of the most striking automotive designs ever created.

With a production run spanning over six and a half decades, the Chevrolet Corvette has assumed many forms and donned many skins, but has nearly always prided itself on offering menacing straight-line power at a relatively reasonable price.

Unlike some other sports cars, GM was never satisfied with straight-line power, and instead also worked hard to provide drivers with a level of stability that kept all four corner rubbers contacting the ground during turns and bumps.

One of the reasons the ’63 ‘vette is so highly coveted by collectors is the split rear window.

All C2’s had the potential for big V8 power starting with an optional 360 hp in ’63, but ’65 was a landmark year for Corvette with the introduction of their first big-block V8.

The 396 cubic-inch L78 could push 425 screaming HP through the rear wheels, but that wasn’t even the most powerful option. In ’67, the final year of C2 production, the 427 L88 with Rochester Tri-Force carburetors was available to a select few adrenaline junkies.

This beast required 103-octane racing fuel, and though it was officially rated at 430 HP, many third party aficionados put it closer to 560 horses.