1959 Chevrolet Biscayne Was One Patrol Car, Only 40 Units Made That Year 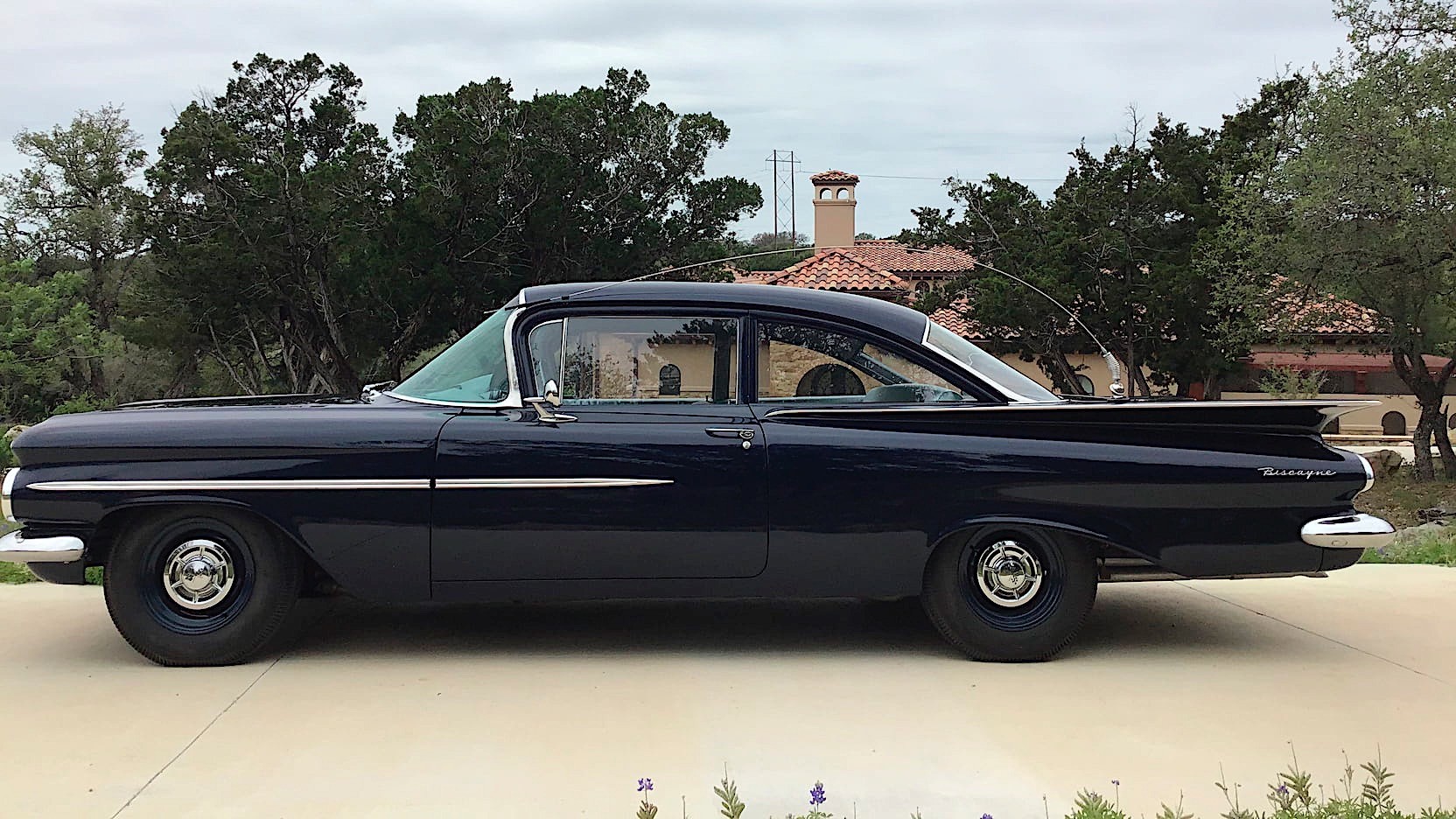 The Biscayne was born in the Chevy stables in the late 1950s as yet another full-size car, but a more affordable one than what the bowtie had to offer back then – that means it came with no fancy trims, for instance.

But it got the job done, so well, in fact, that not only people appreciated the car in its time, but some still go to great lengths to get their hands on one today.

And the 1959 Biscayne we have here will definitely cause a stir, as it is no regular member of its family. As per the info provided by the seller on Mecum (the car is scheduled to go under the hammer in Dallas in September), this is one of just 40 units made that year for police use.

Story has it was delivered new to the Oregon State Patrol, where it probably spent most of its life. Its adventures in the line of duty are not mentioned, but we reckon it had a wild ride, like most police cars enjoy.

Closer to our time, the car was rescued and underwent a 3-year restoration process. It now looks probably shinier than it ever did, wearing its sinister dark blue paint, this time enriched by chrome and stainless trim.

The engine, we’re told, is a date code correct 348ci (5.7-liter) linked to a 3-speed manual transmission and capable of generating 308 hp and 355 lb-ft of of torque. It also comes equipped with a two-way radio, a nice reminder of its policing days.