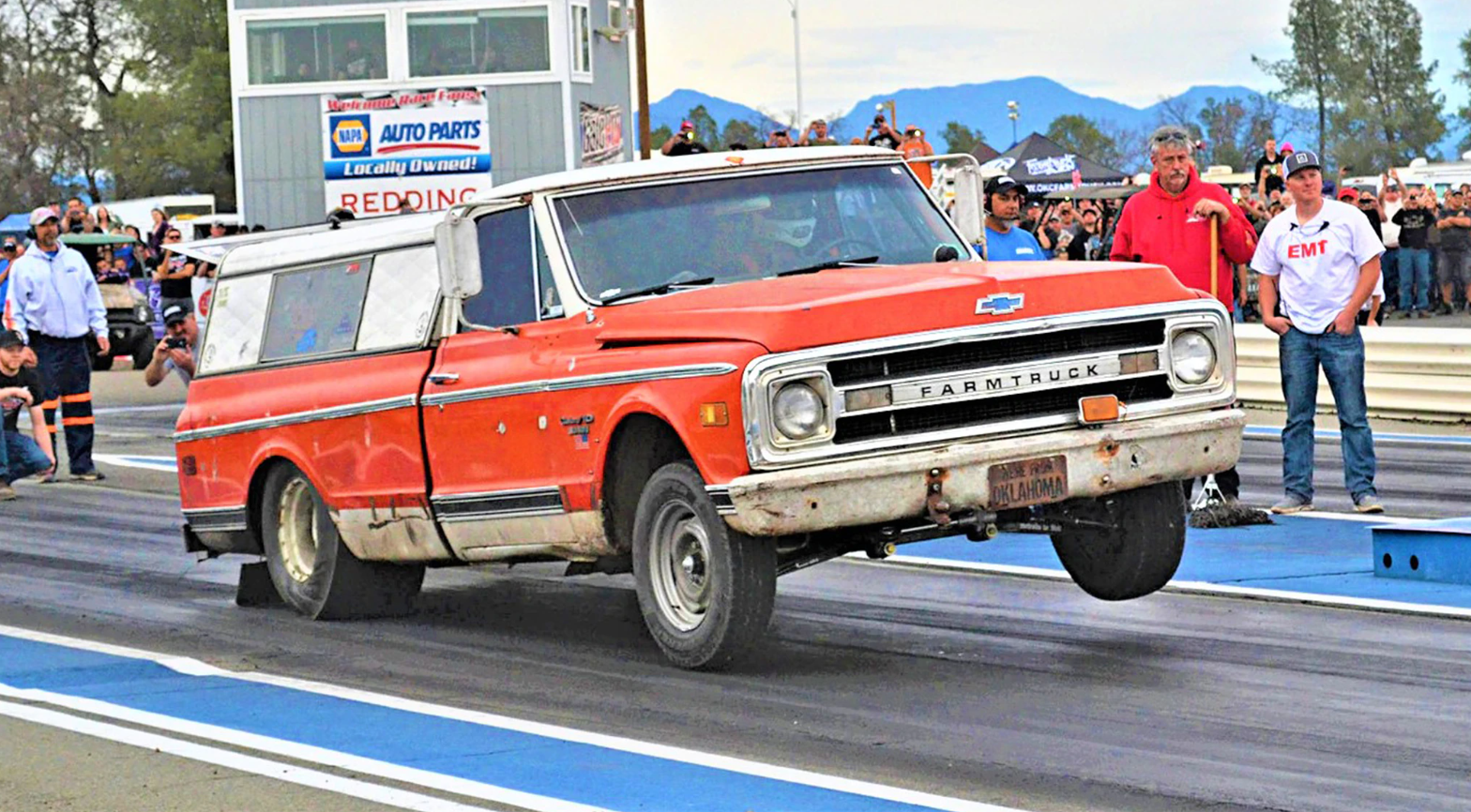 While Farmtruck might have never been the absolute fastest vehicle in the streets of the 405, it was always one of the fan favorites to keep an eye on.

It doesn’t really seem to be about all-out speed with the old-school pickup truck even though the orange Chevrolet C10 has plenty of it. Instead, the main draw of this old rickety looking pickup truck is just that – it’s old and rickety look. On the outside, Farmtruck looks like it’s ready to carry some bales of hay around the farm.

To some, this thing might even barely look like it would pass a vehicle inspection to deem it roadworthy.

However, when push comes to shove, this truck is going to eat up more than its fair share of competition. In fact, we would venture to say that if you went out to a test and tune at your local drag strip, Farmtruck might just be the fastest ride on the premises.

In the next lane over this time, we have what is dubbed a “shiny new twin-turbo Ford Mustang.” We have to admit this thing looks like an absolute beast. However, what the owner of this Mustang wasn’t expecting was for that ratty old C10 to have as much kick as Farmtruck does.

Down in the video below, we get to check in with a little bit of a throwback that takes us to the scene of the action as Farmtruck claims yet another victim. From the appearance to the power under the hood to just how well this thing manages to hook up on the street, we would say that Farmtruck is about the perfect combination.