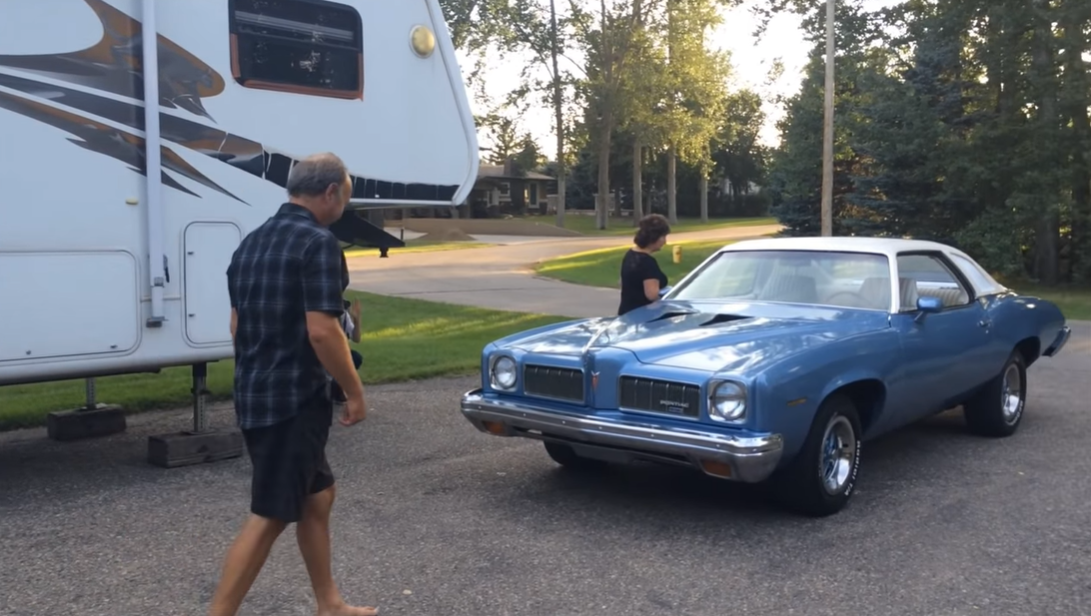 Usually parents have to replace their first car with something more child-friendly when they start a family. Although Steve Guzer says his parents’ 1973 Pontiac Le Mans was the first car he remembers riding in, the car eventually left the household as the family grew to include five kids.

Now adults, those five kids decided to surprise their parents with a restored version of their first car.

Although the couple’s original 1973 Pontiac Le Mans went to the crusher several years ago, the kids found an identical car to restore.

”My dad’s first car was a 1973 Pontiac Lemans. It was the car my parents started dating in and the first car I can remember riding in. They had 5 kids and the car was lost somewhere along the way. We gave it back.”

With the parents living in a cooler climate, they replaced the original 180-hp carbureted V-8 with a newer GM LS V-8 from a 2008 GMC Sierra pickup.

Steve Guzer says with an aftermarket intake system and dual exhaust, the 5.3-liter V-8 probably makes a bit more power than the 315 hp it made in the pickup. Hooked to a 4L60E transmission, the Le Mans should be much quicker than the stock car while achieving better fuel economy.

The five Guzer children hid the car from their parents for nine months while they restored it and did the powertrain swap. Even after seeing the car, the parents are in disbelief that it is really theirs.

Check out the video below to see their surprise and appreciation when they see the restored 1973 Pontiac Le Mans.