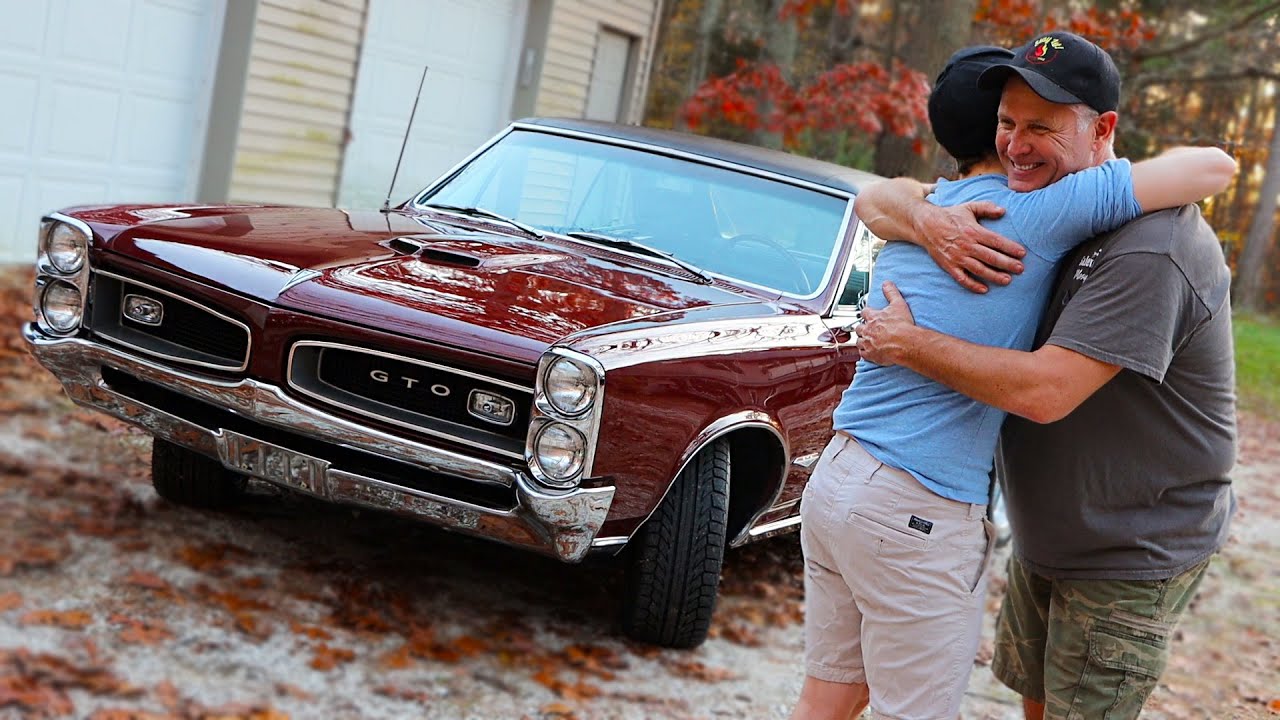 Having someone that believes in you in every step you take is nothing less than a miracle, and we would love to get back that kindness whenever we can.

A YouTuber by the name McJuggerNuggets wanted to thank his dad for always being with him, and helping as he said make some viral videos in the most unique way.

His dad got emotional hearing that his son’s hero was him, some tears were shed there.

The dad’s dream has always been to own a 1966 Pontiac GTO, and his son gifted him just that for his birthday.

He is so excited and immediately notices that the car is four speed also, and it’s original.

The son says the fur inside the car is so soft and feels like a kitten’s fur, and the vehicle was a show car for sometime.

Of course the dad opens the hood to check whats inside: a 389 three deuces the original, when he turns of the car the sound is amazing the dad smiling says you hear that my son it’s the sound of the 360 horses of power.

Son and dad take one stroll around and they both seem as happy as they could be.