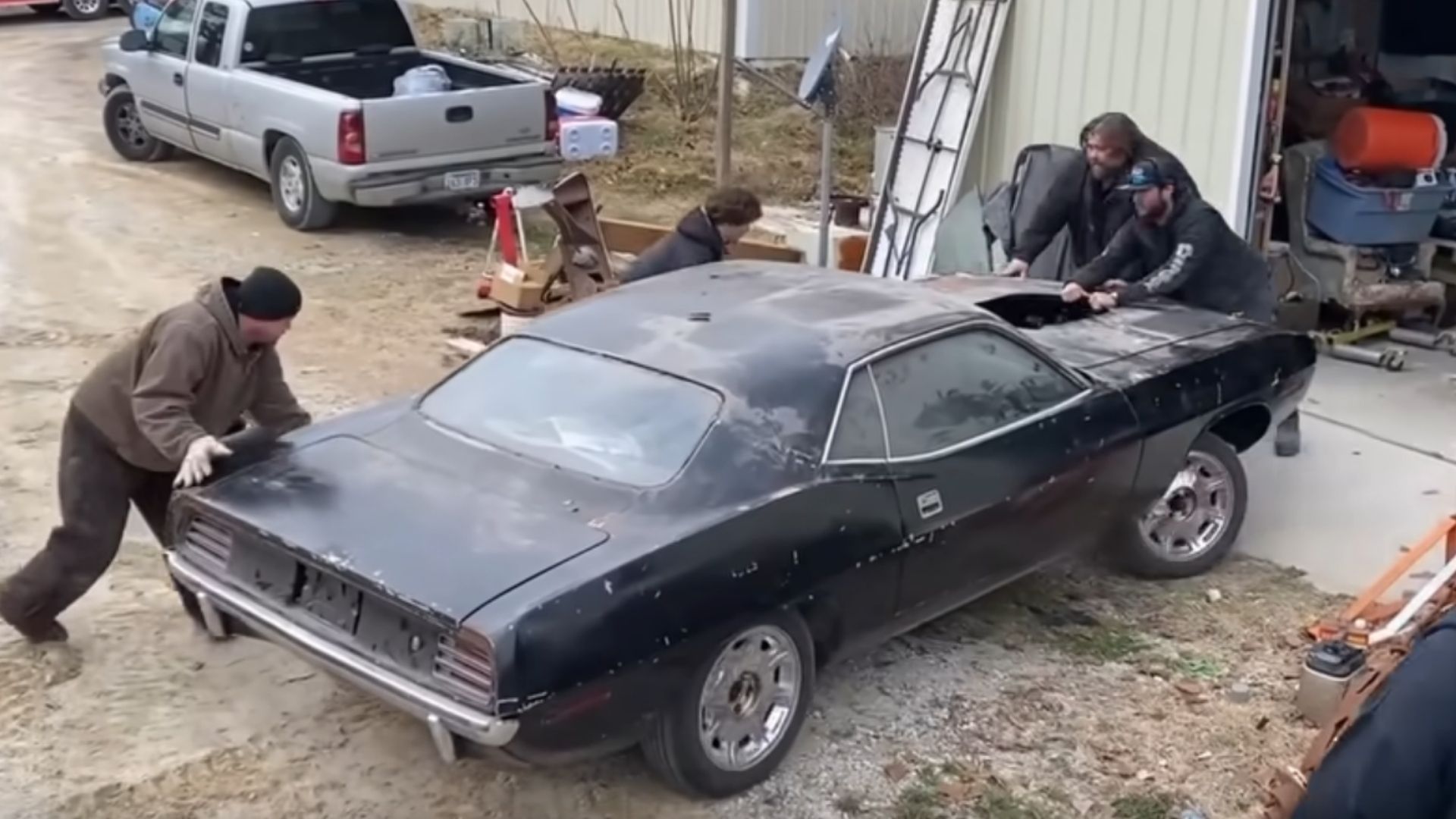 Plymouth built almost 49,000 Barracudas for the 1970 model year, but fewer than 700 of them were ordered with the mighty 426-cubic-inch (7.0-liter) Hemi V8. And while it’s difficult to imagine the extremely rare Hemi ‘Cuda as a barn find, here’s one that’s been sitting off the road for most of its life.

Discovered in Arkansas, this all-black ‘Cuda was driven for only eight years since new. Purchased by the current owner back in 1978, the Mopar came without its original 426 Hemi under the hood. The bucket seats were also missing. As a result, he put the ‘Cuda into storage hoping that he would turn it into a road-worthy muscle car again.

As the years went by, he started buying the missing parts and he even found an original Hemi V8 to drop under the hood. But he never got around to putting the car back together. And aside from moving it from Memphis to Arkansas in 2011, the Barracuda sat in storage for more than 40 years.

Come 2022, and the owner decided it’s time to part ways with his all-black Plymouth. The rare muscle car finally came out of storage and, surprisingly enough, it’s still in good shape.

One of 652 hard-top Hemi ‘Cudas built in 1970, this Mopar is actually one of only 284 cars fitted with both the 426 V8 and the four-speed manual gearbox. Sure, it’s not as rare as the Hemi Convertible, built in only 14 examples but it’s probably one of only a handful of black Hemi ‘Cudas still in existence today.