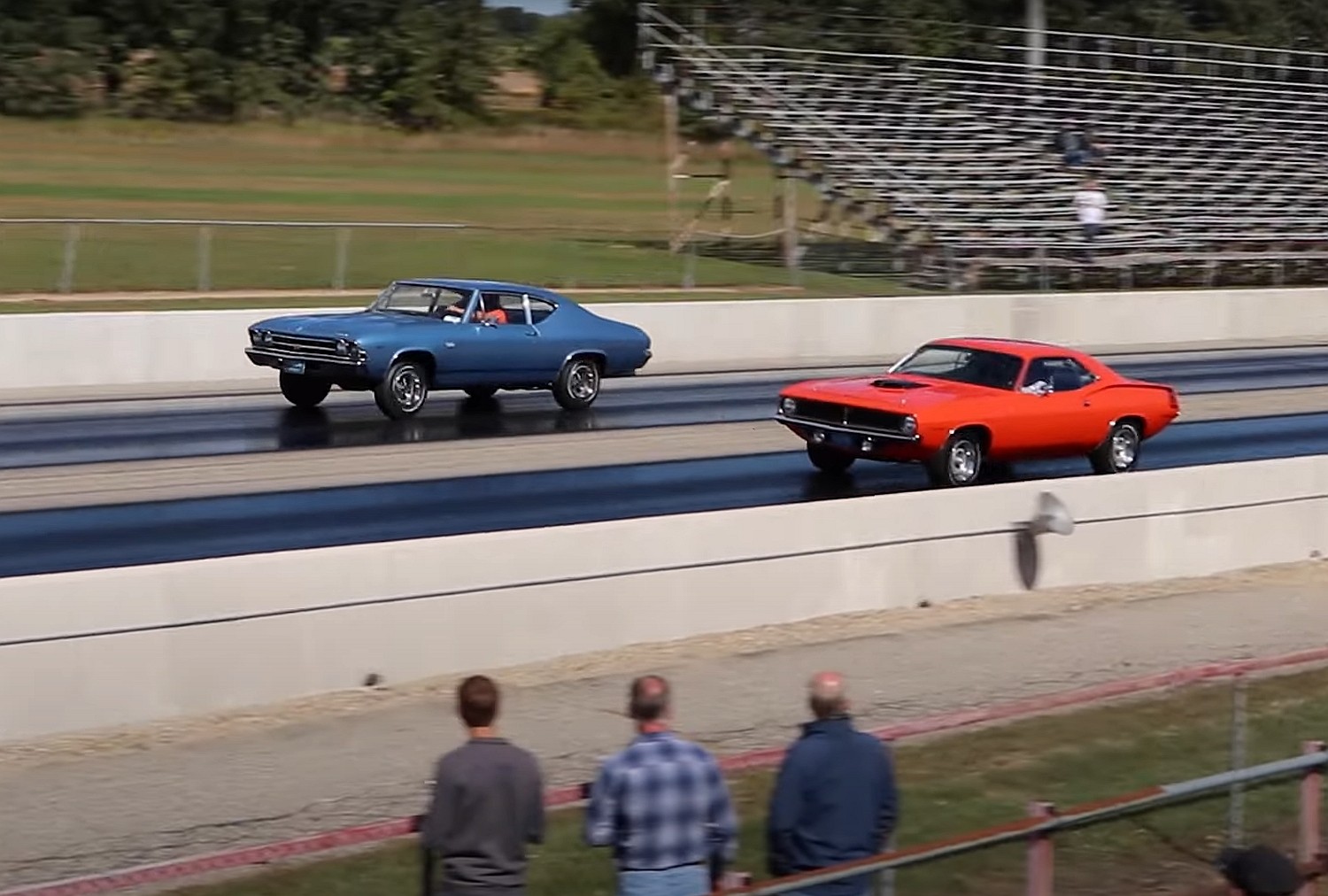 1970 was a great year for muscle cars, with every Detroit automaker offering a wide variety of beefed-up vehicles. The Plymouth Barracuda was one of the greatest when equipped with the mighty 426-cubic-inch (7.0-liter) Hemi V8.

But the Chevy you’ll see take on the Hemi ‘Cuda in the video below isn’t one of those cars. This 1969 Chevelle is of the SS396 variety, meaning it packs a 396-cubic-inch (6.5-liter) big-block V8 that cranks out 375 horsepower and 415-pound-feet (563 Nm) of twist. On paper, it shouldn’t stand a chance against the Hemi-powered Mopar.

The Chevelle pulls a somewhat surprising win during the first race, crossing the finish line in 11.76 seconds, less than a tenth-second quicker than the Plymouth. The second race sees the Barracuda pull the quicker sprint, while the Chevelle got the red light for leaving too soon from the starting line.

The third race sees the Hemi ‘Cuda hit the red light, but the Chevelle still manages to win by scoring its quickest ET in this duel at 11.67 seconds. The Plymouth runs the distance in 11.73 clicks. Needless to say, whoever tuned this Chevelle did a mighty fine job.

Oh, and you should also know that the Chevy you see here is one of only 67 cars fitted with the L89 V8 and automatic transmission in 1969. The Hemi ‘Cuda is pretty rare, too, as Plymouth sold only 652 hardtops in this configuration in 1970.

Hit the play button below and enjoy the V8 drama.