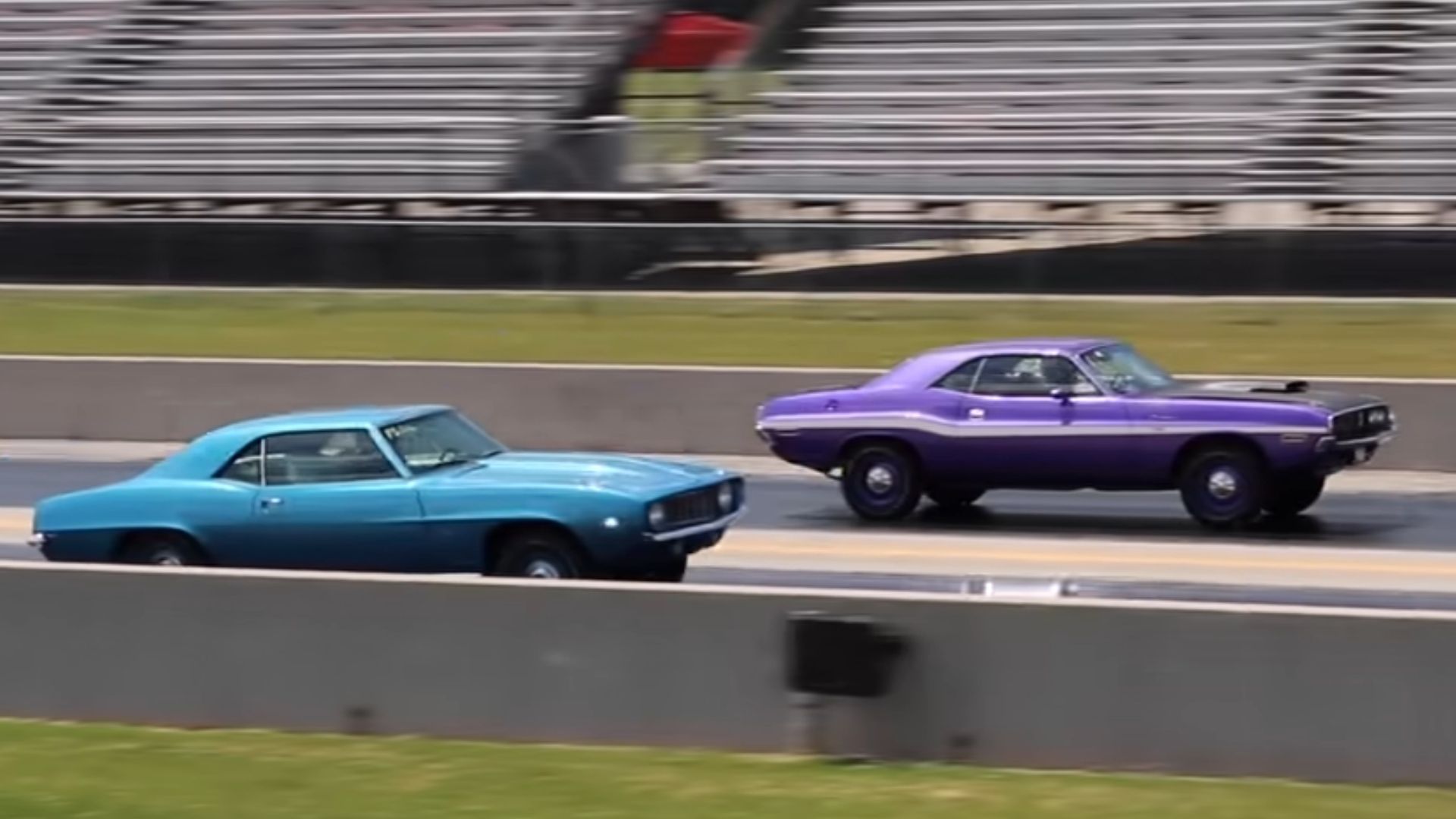 Gearheads love to see two muscle cars which are supposedly evenly-matched line up against each other to prove which one is superior.

Rivalries like the one between the 1970 Dodge Challenger RT and 1969 COPO Camaro ZL1 really move us. This is another battle in the endless war of Mopar vs GM for performance supremacy. It’s the source of so many arguments on the internet and sidelong looks at car meets. That’s what the video accompanying this article is all about as these two classic American muscle cars thrown down against one another.

Sure, everyone will have their favorite in this race, unless they’re a Ford fan, but things don’t always play out how you like. That’s especially true when you have two muscle cars which on paper seem to be fairly evenly matched, considering both are racing in the Factory Stock class.

The Challenger RT is packing a 440ci V8 with Six Pack for a factory-stated 390-horsepower and a massive 490 lb.-ft. of torque. Meanwhile the COPO Camaro ZL1 has an aluminum 427ci V8 with a factory-stated 430-horsepower and 450 lb.-ft. of torque on tap. Both of these cars are outfitted with a 3-speed automatic transmission, which is disappointing but puts them on the same level. Plus, the Dodge has 4.30 gears versus 4.10 gears in the Chevy, giving the Mopar a slight advantage there.

Since neither one of these classic American muscle cars has been modified heavily, you would expect both to be fairly heavy. However, this factor could be the thing which decides the winner. Thanks to the COPO Camaro ZL1 coming with the all-aluminum engine, it tips the scale at a mere 3,400 lbs. Shockingly, the Challenger RT comes in at 3,571 lbs. Sure, the Chevy has an advantage on that front, but not by as much as you might have thought.

At the end of the day the only way to actually tell which car is faster is to throw down on the track. You get to see that happen in the video, which is pretty entertaining to watch. Enjoy.