Ford F550 vs. Chevy Monster Truck – Here’s Why You Never Doubt The Power of a Ford! 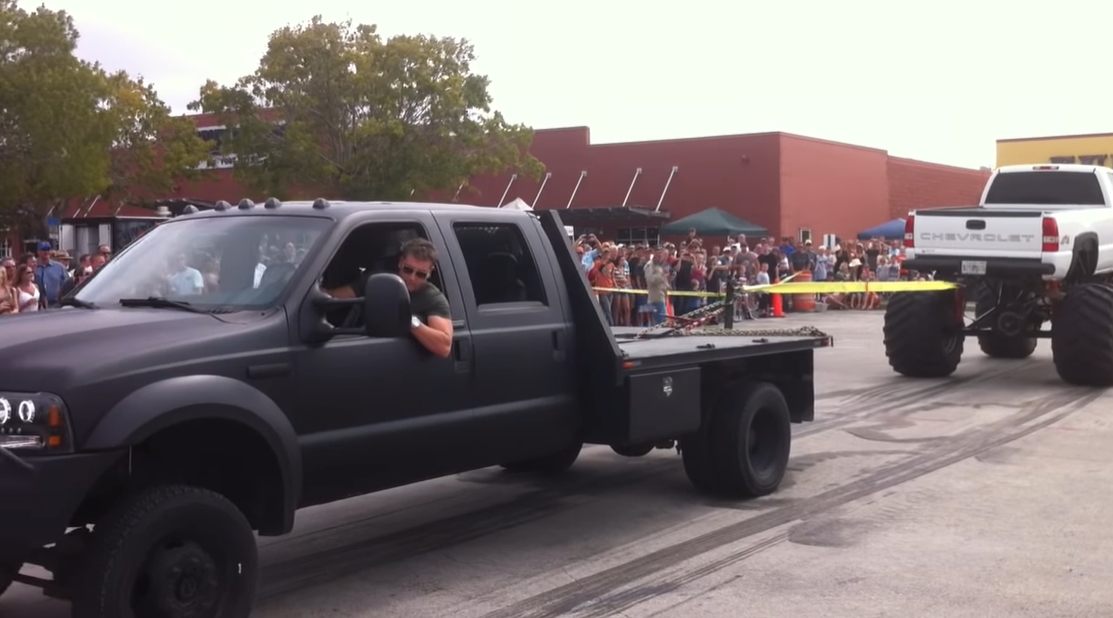 They lined up a Ford F550 with Flat bed and a Chevy Monster truck.  The Ford Powerstroke F550 is one of their top of the line Duallys meant for serious heavy duty hauling and work.   Much bigger then a Ford F550 and your basically talking about a semi truck.

The Chevy monster truck is a Duramax Powered Chevy that has been lifted up and put on massive tires for offroad and show performance. Normally this pull off would be massively unfair for the Chevy as it has a much higher tow point.   In pull offs, whichever truck has a higher tow point is normally the winner as their rear end is pulled down creating more traction.

The F550 driver however knows this and instead hooks up much higher then the usual.  The tow strap is pretty much level between the two trucks.   With his lower center of gravity and dually tires he is easily able to Pull the Duramax straight off the line. Its not even close.

What do you guys think?   Is this typical Duramax losing to a Powerstroke?  Or is it unfair for some reason!