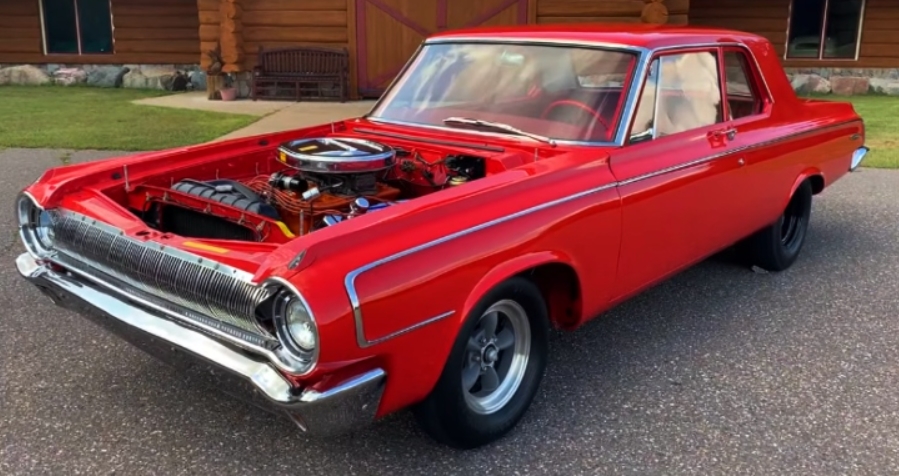 Based on the Dodge 330, but fitted with the magnificent 426 Race HEMI powerplant, this Lightweight Mopar is a significant piece of American automotve history. A total of 55 cars were equipped with the A864 package in 1964, and this is a real deal example.

Besides all the weight reductions, the A864 package includes 8 3/4-inch Sure Grip rear end with 4.56 gears.

Purchased from Mr. Norm’s Grand Spaulding Dodge, this particular 1964 Dodge doesn’t have a wall of trophies, but it’s originality makes it very special.