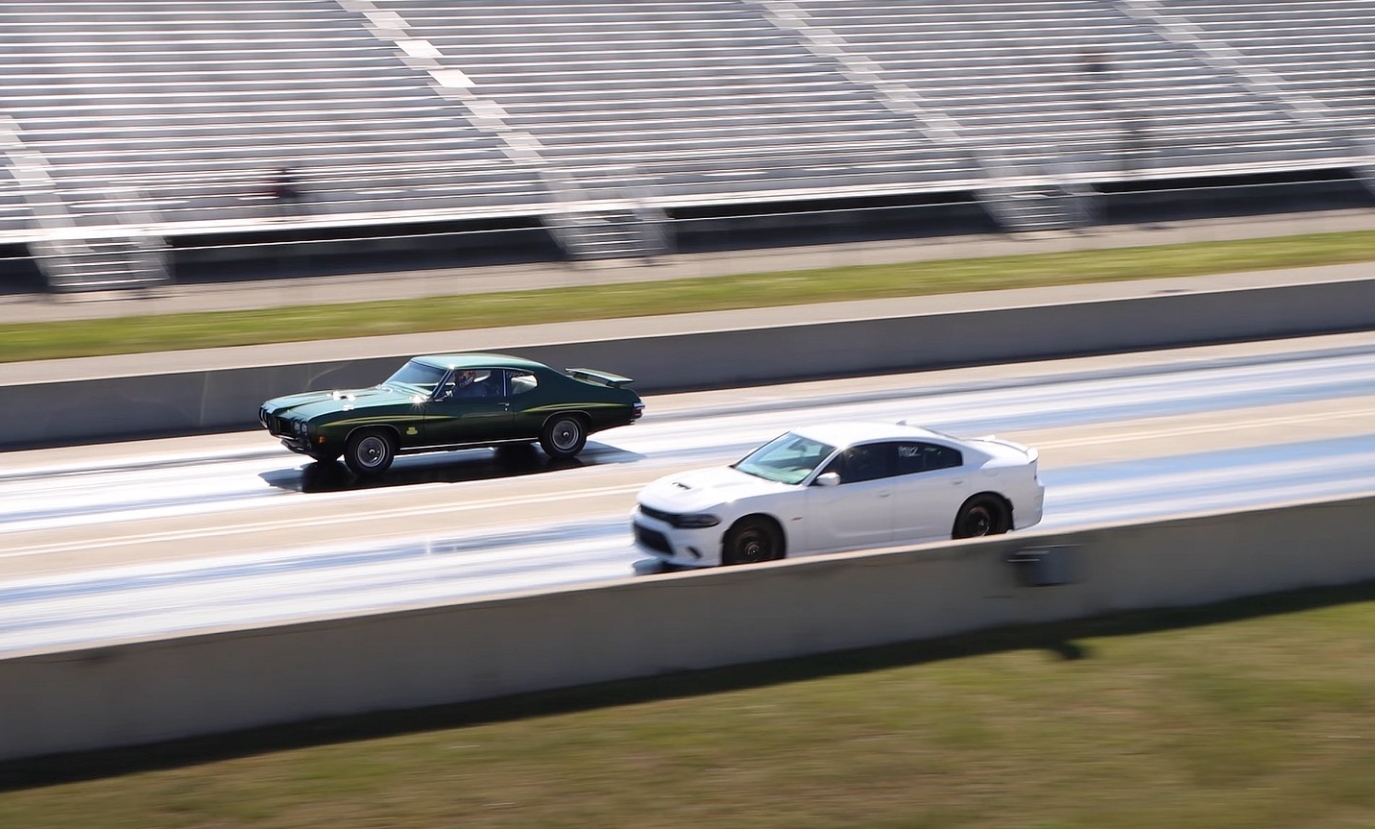 Well, this unlikely drag race between a 50-year-old Pontiac and a modern Dodge might provide an answer. Specifically, we’re looking at a quarter-mile duel between a 1970 Pontiac GTO “The Judge” and a post-2015 Dodge Charger with the Scat Pack bundle. Granted, the latter is no Hellcat or Challenger Demon, but it still packs more oomph than a classic muscle car.

However, there are a few other factors to consider. While the GTO sports a four-speed manual gearbox, the Charger is fitted with an eight-speed automatic. But more importantly, the modern Mopar tips the scales at a whopping 4,400 pounds (1,996 kg), which makes it more than 600 pounds (272 kg) heavier than the 1970 Pontiac GTO. That must count for something, right?

Well, moving onto the race itself, the GTO is off to a great start and takes the lead early on. Something I wouldn’t have bet my money on since the Charger’s eight-speed auto is supposed to provide quicker off-the-line sprints. But despite the slow start, the Mopar catches up and moves just a hair in front of the GTO right before the finish line.

The Charger Scat Pack takes the win, but it’s a really narrow one. At 12.19 seconds from start to finish, the Charger was only 0.03 clicks quicker than the GTO down the quarter-mile. And that’s an impressive feat for the 51-year-old Pontiac. As far as trap speeds go, the Charger hit 115 mph (185 kph), while the GTO was just a tad slower at 114 mph (183 kph).