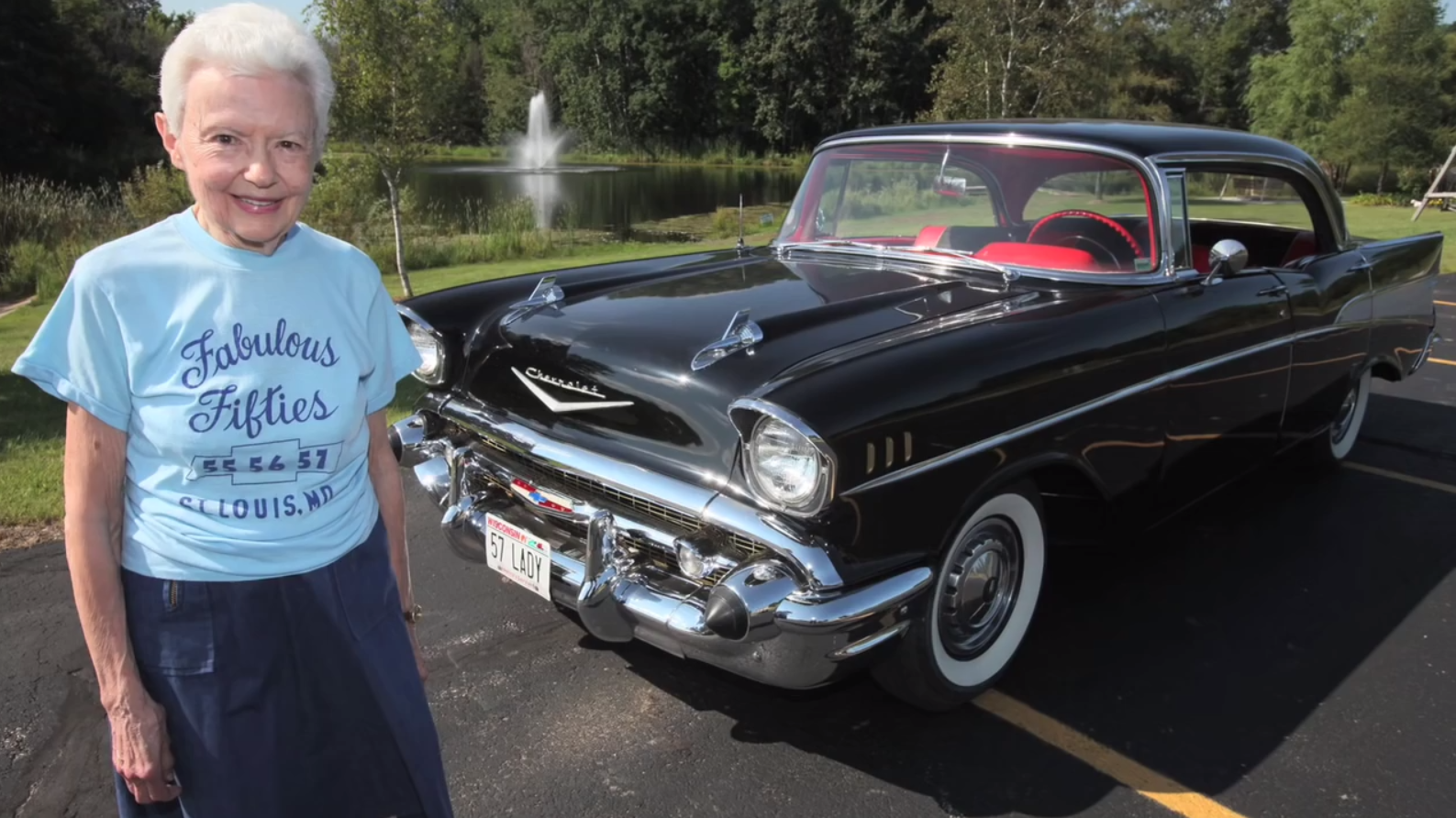 The love story of Grace Braeger, and her 1967 Chevy story started 60 years ago, when she payed $2,250 for it and drove away starting one of the amazing stories of a car and a driver.

She loved her car so much that in the 60 years that she owned it she never even thought about selling it, and she has been fateful to it, and never owned another car in her life, she says that she never will either.

The state that this 1957 Chevy is something that will take your breath, it literally looks brand new, like it just rolled off the factory floor, and apparently, she gave it allot of TLC to keep it that way.

Check out this amazing story of a lady and her Chevy in the video bellow.