Almost New Silver Anniversary ‘Vette Sat 44 Years in a Private Collection With Only 5k Miles, Looks Like a Toy 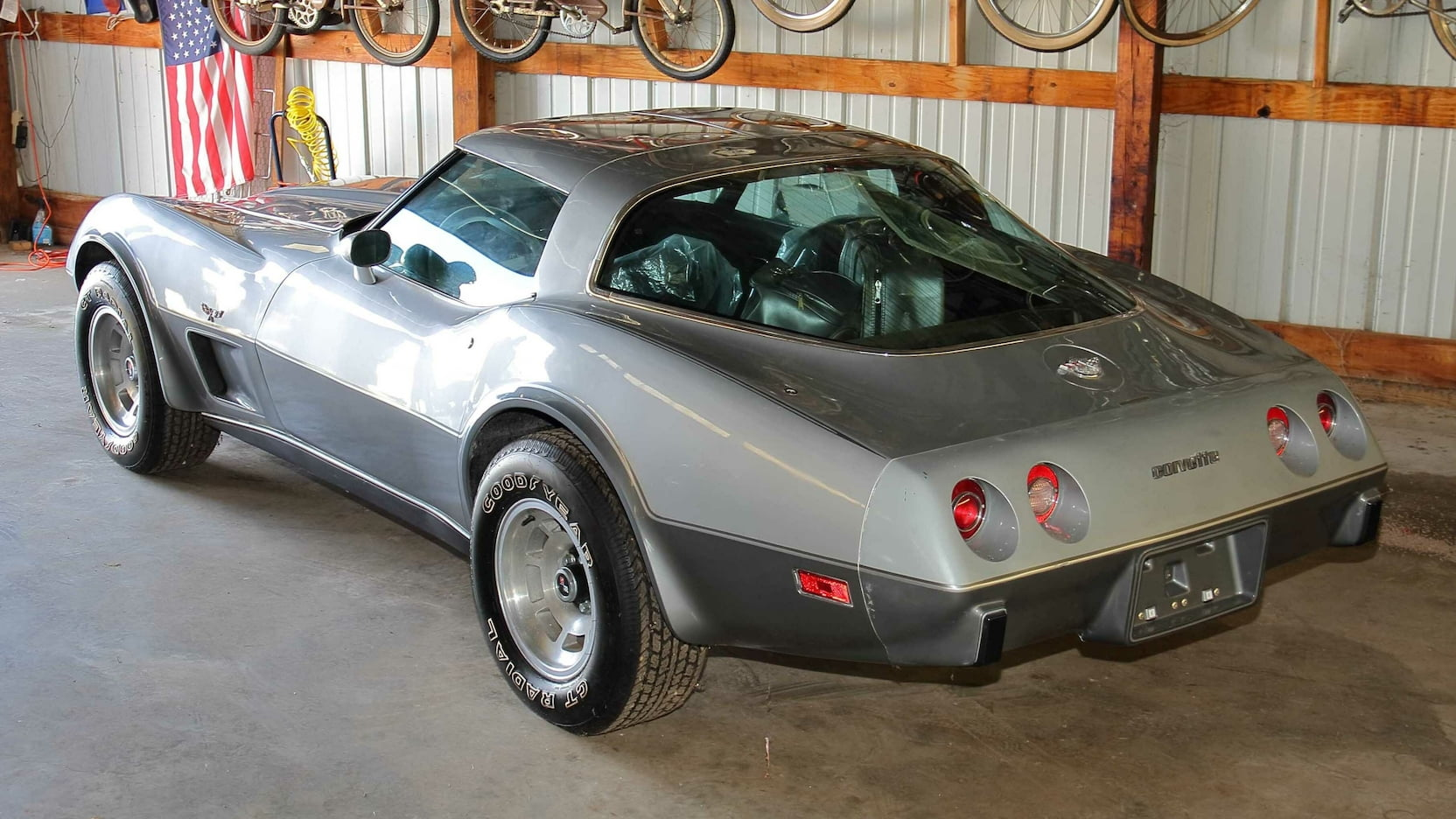 First, it’s a Silver Anniversary year, and one such beautiful car set the pace at the 1978 Indy 500 race. Secondly – and more intriguingly – it only has 5.4 miles (8.7 km) on the clock. And this is not a True Mileage Unknown case or any other misfit situation where the car has undergone an engine swap at some point in life.

This Corvette is all original. So original, in fact, it never left its first owner. It never left its long-time storage since math says the average distance covered yearly is about 17.6 yards (16 meters). Yards! My best guess would be the car sat where it was dropped when it arrived.

The seat plastic covers, the steering wheel protective ring, and the dealer’s window sticker still stuck on the window give it all away. The car is factory original to the last bolt. But it does need a little (or a lot, depending on perspective) TLC to make it road-worthy, should anyone wish to buy it to drive it.

The interior is so shiny, you can almost smell the “new car” fragrance – but the engine needs a little work. After all, four decades of stillness is a long time, even for a car that received a lot of attention. There is rust on the engine block and some oxidation spots here and there, but nothing serious. However, the seller does not specify whether or not the engine is locked after decades of not moving.

This 1978 Corvette came with a set of bags and a jacket – all Silver, obviously, and wearing the complimentary badge honoring the quarter-century of Chevrolet’s iconic muscle. Which, in this ‘Vette, came in the likes of a V8 – what else? – with 350 CID (5.7 liters). From the window sticker, the engine code is – barely – distinguishable and reveals the L48 code.

That was the standard option to power the special-edition Chevy, with 180 hp, 40 less than the performance L82-equipped variants. Still, the 180 hp plant was good enough to score a 0-60 mph (0-96 kph) time of about 7.8 seconds and, if floored long enough, it hit 123 mph (198 kph) with the standard three-speed Turbo-Hydramatic automatic.

The museum car has a fascinating history, despite not being seen on the road in the past four decades. It’s not even a garage queen, as those get driven occasionally.