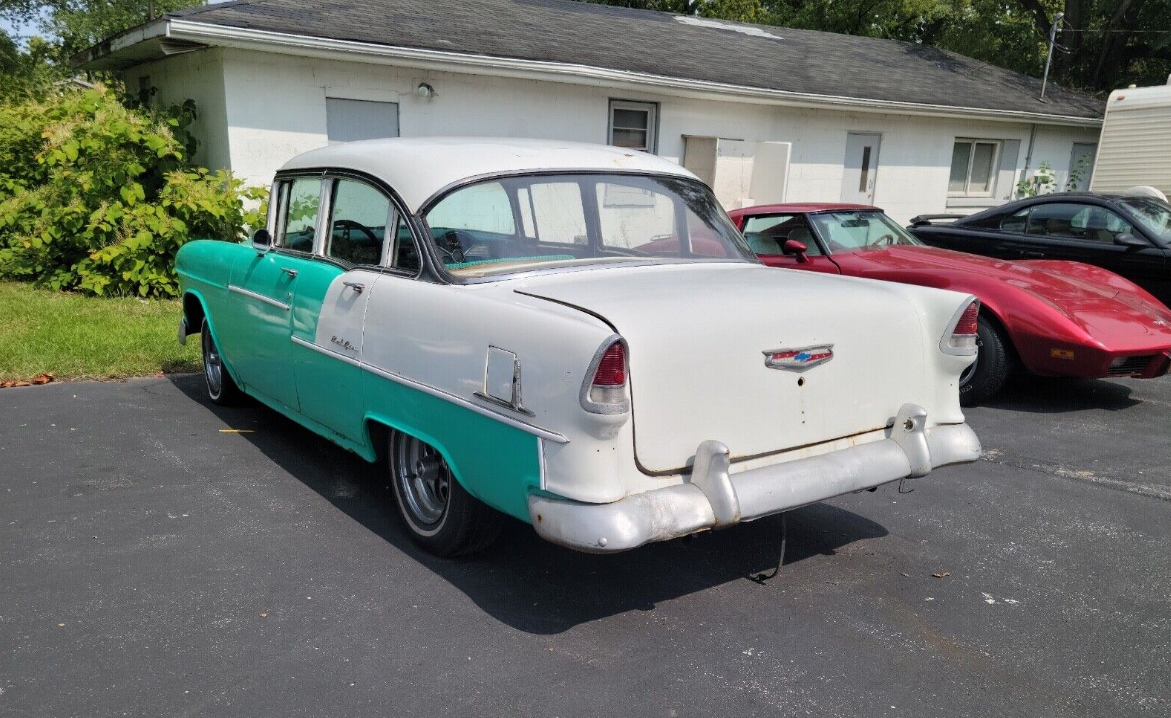 1955 witnessed the introduction of the second-generation Bel Air, a model whose popularity was already on the rise.

And needless to say, Chevrolet tried to take full advantage of this growing customer appeal, with the new models exhibiting improved styling with several notable upgrades, including full wheel covers, interior carpets, and an abundance of chrome.

One of the most notable changes this year was the introduction of a V8 engine option that landed in the form of a 265 (4.3-liter) unit with 162 horsepower. Later in the model year, Chevrolet released a four-barrel upgrade offered as the Power Pack option and increasing the power output to 180 horsepower.

After a few months, the GM brand further boosted the maximum engine output by 15 horsepower with the addition of the Super Power Pack.

The Bel Air owner has recently posted online is also powered by a 265 unit, and the good news is the original V8 is still in the car. In other words, if you’re looking for an original Bel Air that can be restored to factory specifications, this model right here appears to tick all the right boxes.

The owner says the Bel Air was found in the garage of a house they purchased recently. The car was sitting next to a 1977 Corvette, and according to the previous owner, it hasn’t moved in 25 years.