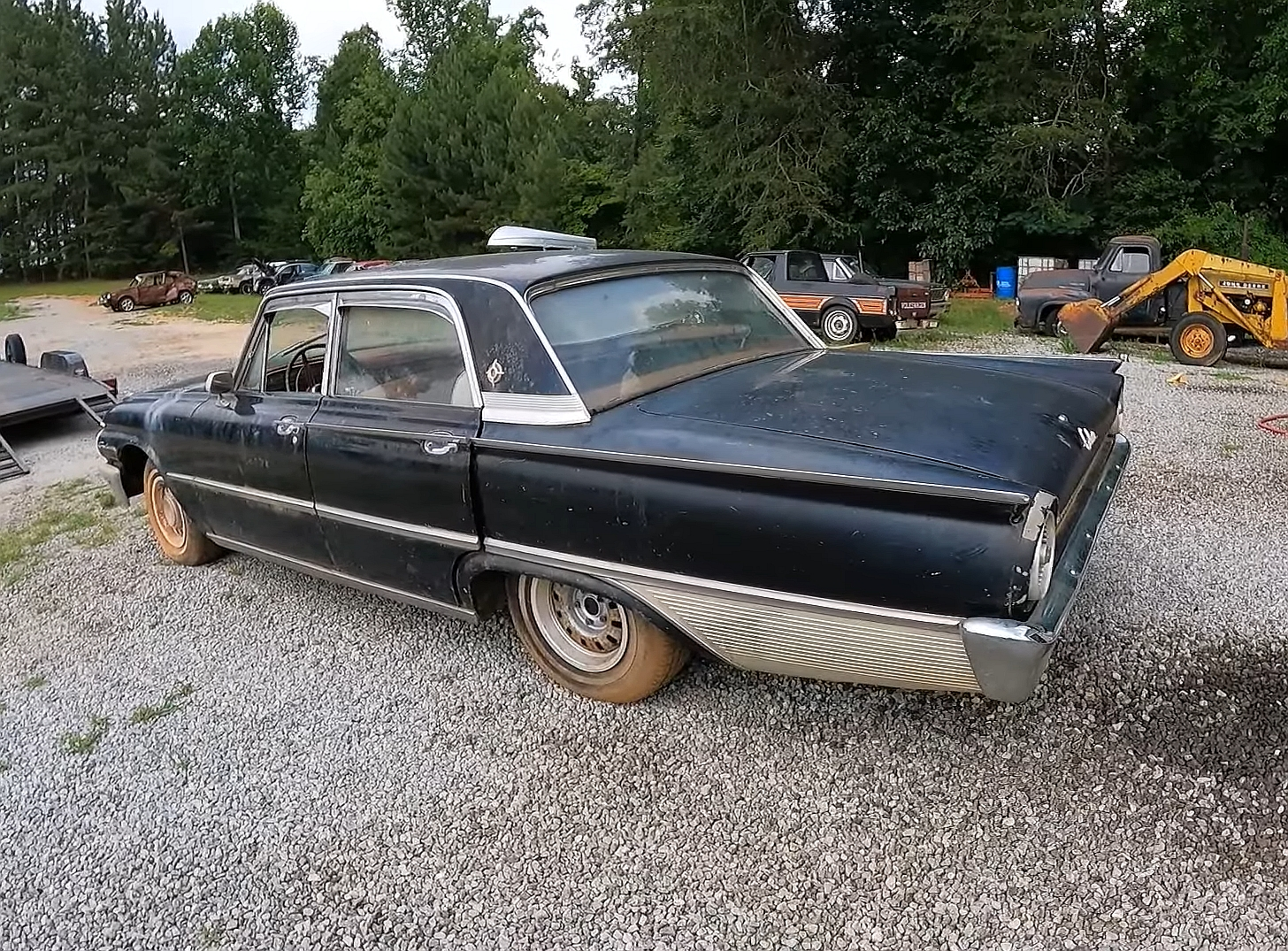 Introduced in 1959 as the range-topping model of the full-size Ford range, the Galaxie was redesigned for the 1960 model year. And while the second-gen version remained in production until 1964, a notable facelift changed the Galaxie’s looks again for 1961.

Granted, the 1961 version is far from rare and expensive, but it’s widely regarded as one of the most beautiful production cars of the early 1960s. Unfortunately, this wasn’t enough to prevent people from abandoning these Galaxies in junkyards, so many of them got lost on the way.

This black-on-red four-door sedan was luckier than the rest and spent quite a few decades on the road, but it was eventually parked in a barn in 1998. That’s about 24 years off the road, which is usually enough to render a classic car unusable.

Almost forgotten by the previous owner, the Galaxie was recently rescued by the folks over at YouTube’s “Budget Buildz.” And what a great decision that was, because this 1961 Ford still has plenty of life left in it. Yes, the paint has seen better days, and the interior needs a lot of work, but this Galaxie is one fine survivor overall.

On top of that, it comes with one of the most powerful engines available at the time. I’m talking about the 390-cubic-inch (6.4-liter) FE V8, which Ford introduced on the Galaxie in 1961 in both four- and three two-barrel configurations. Yup, it’s the one with the Thunderbird valve covers.

This Galaxie is fitted with the less powerful four-barrel carb 390, but at 300 horsepower, it’s plenty powerful. Even for a sedan that tips the scales at more than 3,800 pounds (1,724 kg).

As you might have already guessed, the engine refused to run after more than two decades without a sip of gasoline. But it came back to life after a bit of work. Yes, it’s not road-worthy just yet, but the V8 has enough oomph to take this classy four-door for a spin. Until that happens, watch it come back from the dead in the video below.