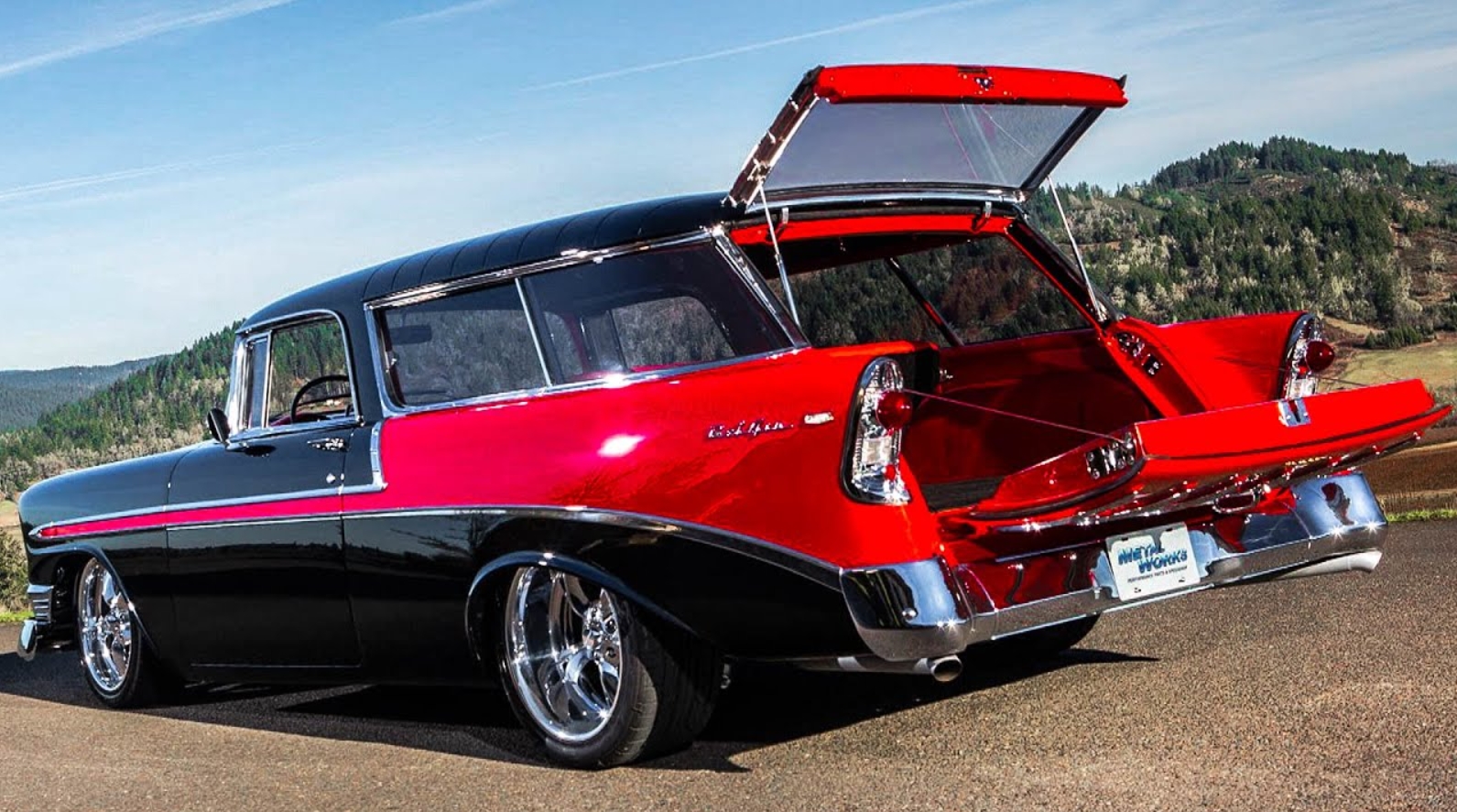 Wagons are roomy and comfortable…great for families really.

Over the years enthusiast have discovered they are really useful for hauling parts, long road trips, evening camping at swap meets. So combine all that usefulness into one of the sexiest body styles ever produced, and you have the Nomad.

Now that TriFive era cars are at an all time high in collector car value, the Nomad finds itself right up at the top with the likes of convertibles. Who would have ever guessed station wagons would be some sought after…well, you might after you drive one.

Here is a video of latest Nomad build done in a Resto-Mod fashion which basically maintains the Nomad’s stock sheet metal appearance with heavy upgrades to its handling and performance.