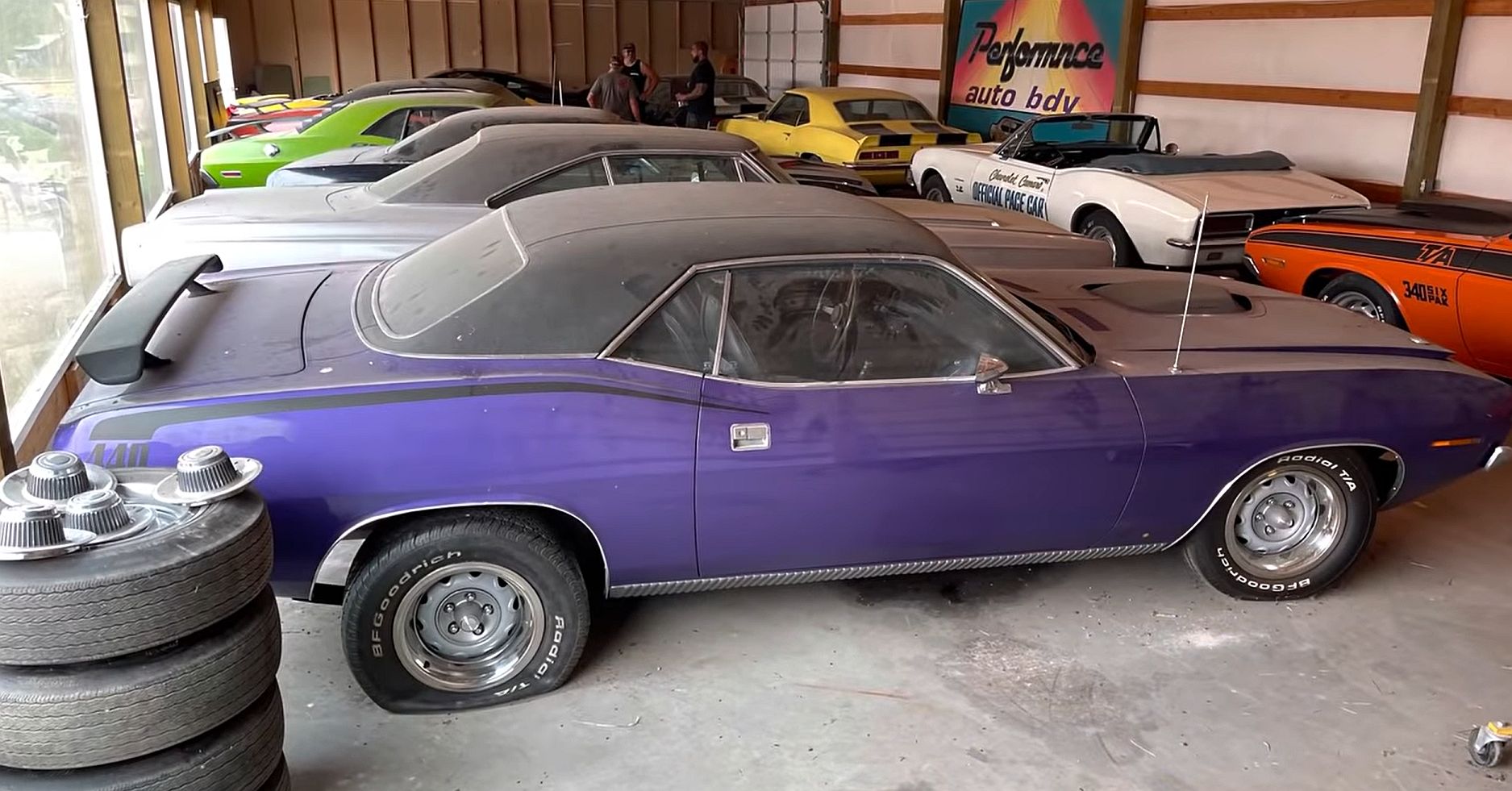 We keep seeing old cars coming out of barns across the U.S., so it’s safe to say that America is still packed with hidden classic gems.

The barn you’re about to see below is home to 10 muscle cars that look downright impressive beyond a thick layer of dust.And even though some of them have been sitting for over 25 years, they’re ready to hit the road at any given time.

The first car you’ll see is a Pontiac GTO “The Judge” finished in a very bright shade of yellow. Also paired with blue and red stripes for a striking contrast. Right behind it, there’s a 1971 Dodge Charger in red with a black vinyl top. That’s so early 1970s, rear wing included.

If red isn’t exotic enough for you, there’s also a Plymouth Barracuda in a more striking shade of Sassy Grass Green. The barn is also home to a Plum Crazy ‘Cuda. Parked behind a Hemi-powered GTX, another rare gem, the purple coupe doesn’t have the rare 426-cubic-inch V8 under the hood, but its 440-cubic-inch six-barrel mill is nothing to sneeze at either. It’s also a manual version with a factory shaker, so it’s a pretty rare combo as far as year, paint, and engine go.

And the Mopar goodness doesn’t stop here. In front of the ‘Cuda rests a 1970 Dodge Challenger T/A. A beautifully restored coupe, it’s a bright orange example with a matching interior. A rare option that you won’t see in the metal anytime soon.

Not a Mopar guy? Well, the guy who owns this barn also has not one, not two, but three first-generation Chevrolet Camaros. There are two 1969 Z/28s, one finished in yellow and one in black, and a 1967 pace car. The latter sports the nicest unrestored metallic blue interior I’ve seen in a very long tong.

Watch the video and tell us what’s your favoirte find in here ?!