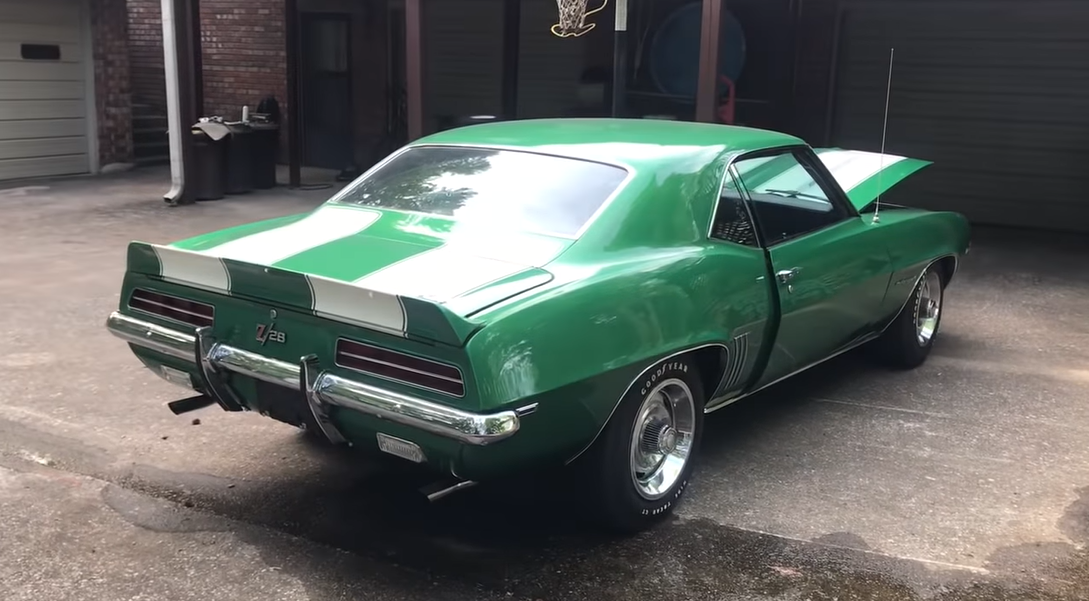 In the past century was used by the criminals for smuggling the drugs from Florida to California. Nevertheless, the police caught them in 1971 in a high speed chase on Highway 10, because they didn’t have enough petrol.

Since then, it has been parked and it has only 19k miles on the odometer.  Eventually, in 1984 this this Chevy muscle car was put on auction by the authorities, which was bought by the second owner, and he sold this Camaro to the current owner. As you can see, this Camaro is all original, except the paint.

However, the criminals they knew what car to use for their job. Therefore, they had chosen this 1969 Chevrolet Camaro Z28 Rally Sport which is powered by a Chevrolet’s 302 cubic-inch, 4.9-liter small-block V8 engine.

This engine is factory rated at 290 horsepower and 290 lb.-ft. of torque, but actually produces over 350 horsepower.

Watch the interesting story below: