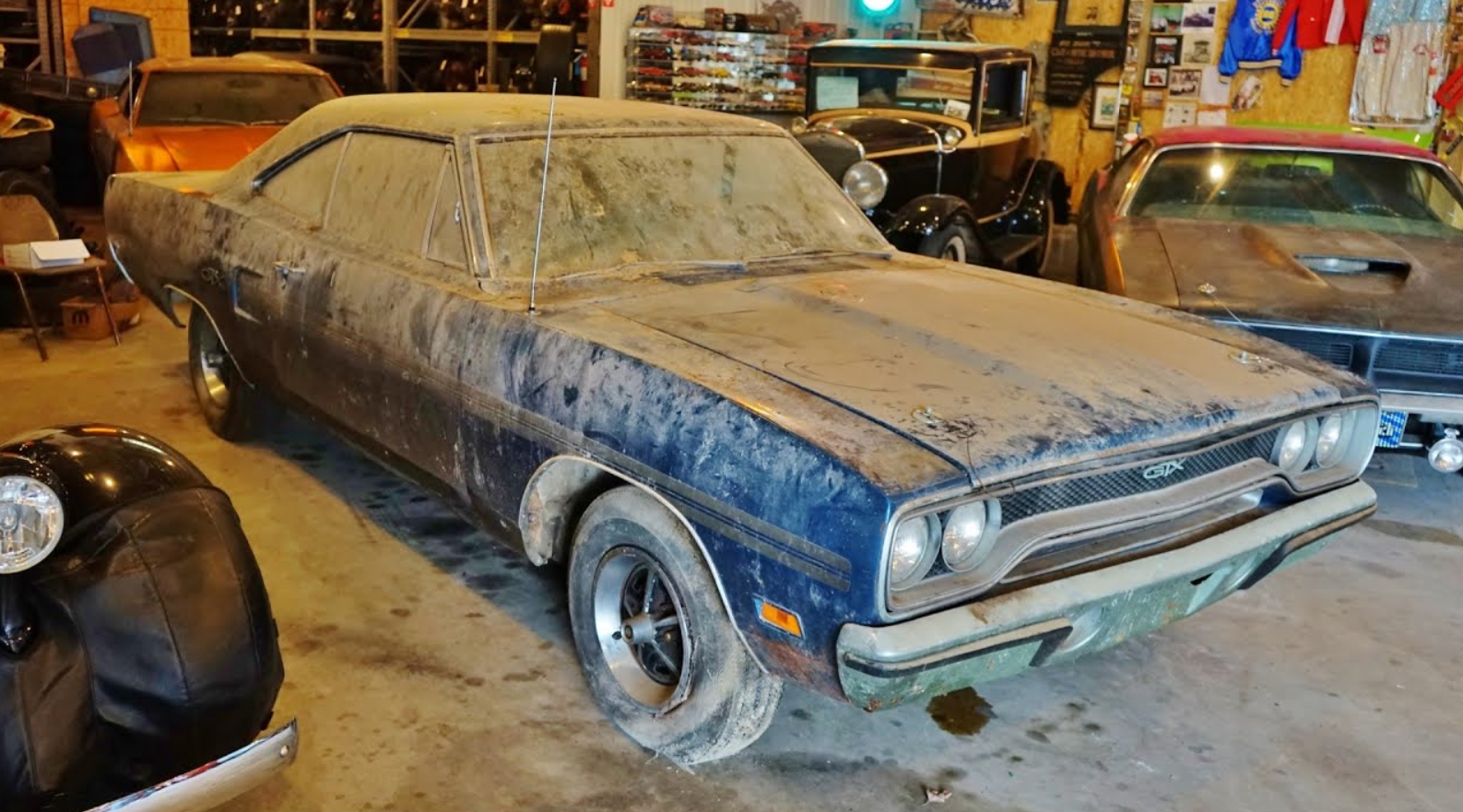 Barn find enthusiasts and lovers of classic cars , especially the American muscle car era, will appreciate a recent video from YouTube channel Auto Archaeology. The video provides a dramatic before and after glimpse at a clean, low mileage 1970 Plymouth GTX after a thorough cleaning once its pulled from the barn it called home for over 40 years.

Auto Archaeology uncovers the 1970 Plymouth GTX 440 that was originally sold new in Missouri but left in a barn since 1974. The owners of the GTX decided to hold off on washing the car until after Auto Archaeology had a chance to take a look at the car and provide this video. The original paperwork is still included with the well-optioned car, which includes an automatic transmission, disc brakes and air conditioning.

There isn’t a clear explanation as to why the Plymouth sat for nearly 50 years, but one possibility is that the son of the owners passed away and they decided to put the car away after that.

The GTX magnificently has only 33,000 original miles on it and was slightly modified by the original owner.

The owners cleaned the car after the video and decided to sell it shortly afterwards to prioritize making repairs to a ’68 Hemi GTX that they also had in their possession. The new owner of the ’70 plans to get it mechanically restored and then drive it as is due to the car’s clean condition.