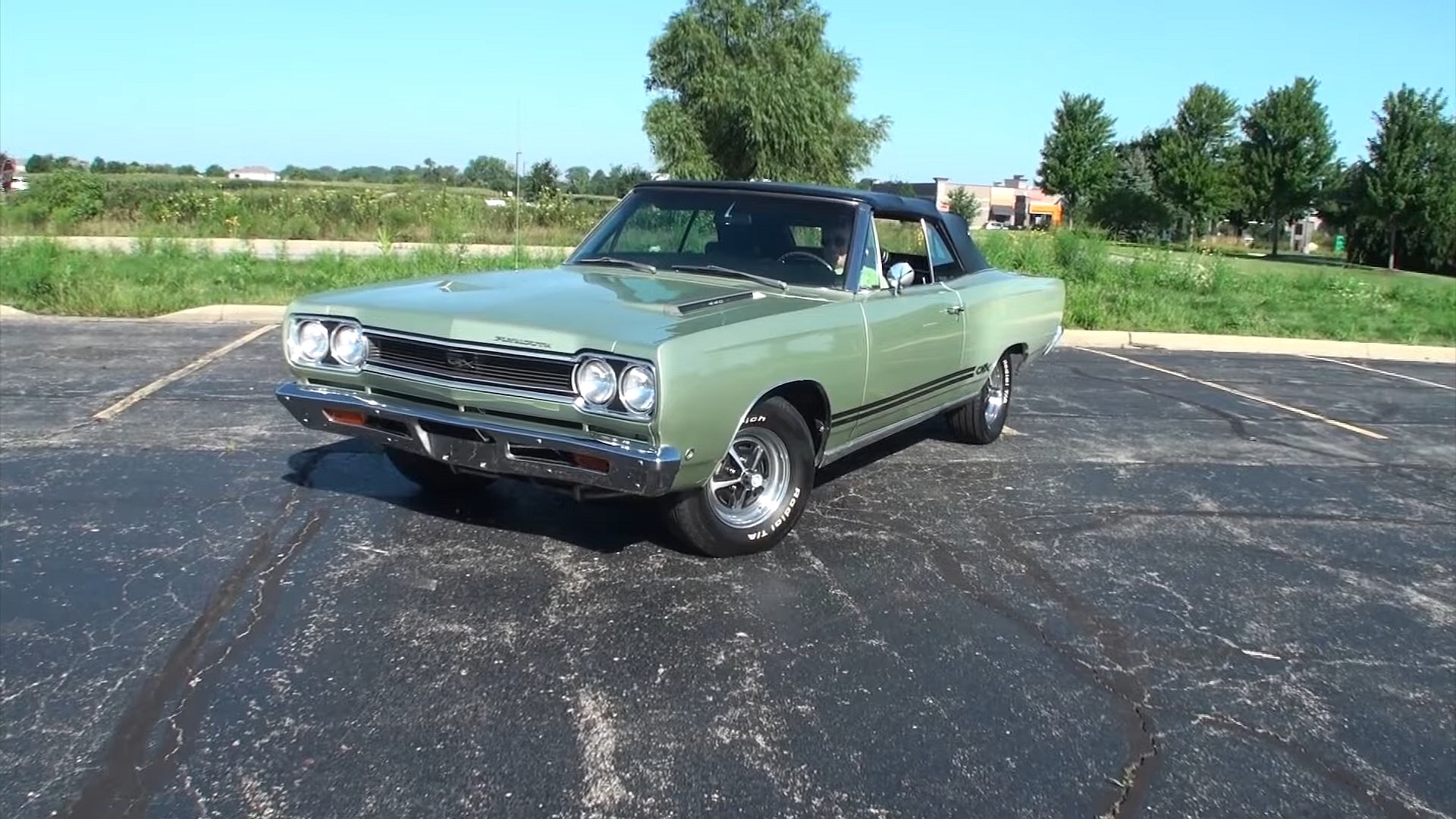 The 1968 Plymouth GTX was a high-performance muscle car produced by Plymouth, a division of Chrysler. It was available as a two-door hardtop, and it was positioned as a more luxury-oriented alternative to Plymouth’s Road Runner model. The 1968 GTX came standard with a powerful 440 cubic inch V8 engine, which produced 375 horsepower and 480 lb-ft of torque.

The GTX was available with a choice of two other engines, a 426 Hemi V8, and a 335 horsepower 383 V8. The 1968 Plymouth GTX was heavily based on the Plymouth Belvedere, but it featured distinct styling, including a unique grille, hood, and rear wing. It also came with an air-grabber hood option, which is a factory installed, functional hood scoop that increases the airflow to the engine compartment.

In addition to that, we need to keep in mind that these engines were split between a long list of Dodge and Plymouth models. Specifically, it was offered in 12 different nameplates. It’s considered a very desirable muscle car, due to its luxury features, the availability of powerful engines, and the unique styling.

The GTX you see here is one of those 506 two-pedal cars. Yes, it’s not quite as scarce as other muscle cars from the era, but the optional A/C and the Light Metallic Green paint send it into fewer-than-100 territory. But more importantly, it’s one of the very few of its kind that made it into 2023 looking really sharp. Yup, this Mopar was professionally restored and it’s ready to tackle any Concours d’Elegance out there.

Though some may be disappointed by the absence of the powerful 426 HEMI engine, the 440 cubic-inch (7.2-liter) RB V8 that powers this 1968 Plymouth GTX is a formidable alternative. Not only does it deliver impressive power with 375 horsepower and 480 pound-feet (651 Nm) of torque, but it also provides an intimidating growl when pushed to its limits.

The car’s Owner is Paul Monteith. Paul’s had this car since 2022. He shares he had GTX Hardtop many years ago and kicked himself for not keeping the car. After many years of searching for another, he finally found this one, and this car makes him feel great.

Don’t just take my word for it, hit play on the video below and hear it for yourself.