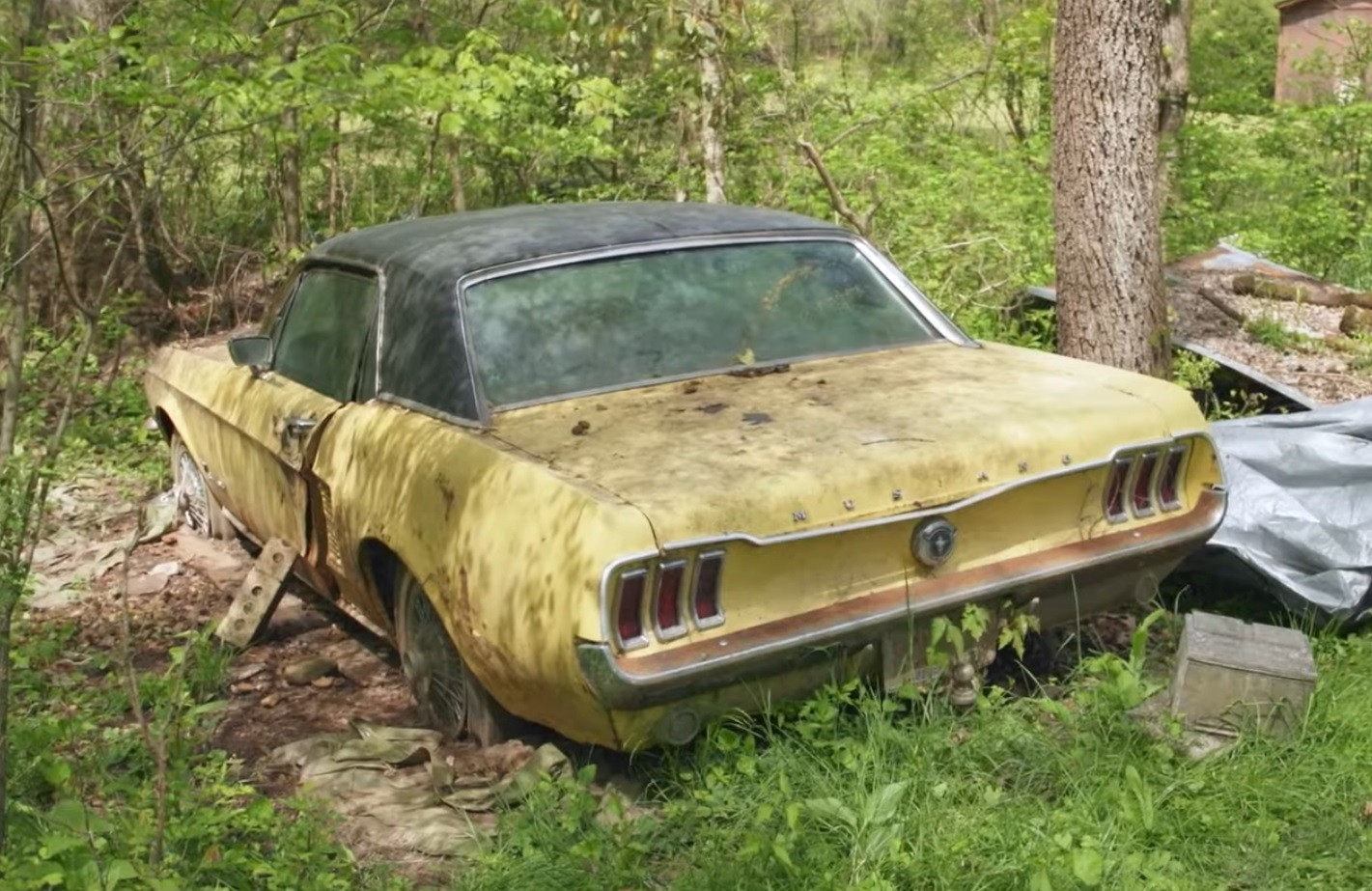 The 1967 Ford Mustang was a popular model in the Mustang line of automobiles produced by Ford. It was the first significant redesign of the Mustang since its introduction in 1964, and the changes made in 1967 helped to establish the Mustang as a more serious and refined car.

The 1967 Mustang featured a longer, wider, and more aggressive body style, with a more pronounced grille, larger headlights, and a longer hood. The interior was also updated with new features, including an optional center console and a new instrument panel.

After pulling the car out of the woods, it was time to get to work. Hot-wiring the car revealed the engine was half-working, with a promising sound to it. Some tweaking, new wiring, and a refurbished not-so-new carburetor later, the engine was running.

Driving the car out of the woods was a real adventure, with a driver-side door that wasn’t closing and a radiator that kept overheating every two miles, but at least the view and the weather were nice. Plus, both the car and driver made it to the destination in one piece.

The Mustang then got a proper “bath” with a pressure washer, got the trunk cleaned up, and its disintegrating interior thrown out. With a lot of work in the engine bay, a new fuel tank and pump, and another carburetor – this time one in really good shape – the car was well on the way to getting back on the road.

But not before fixing the interior. Even though the flooring needed to be completely replaced, patching it up was good enough for now. With a new door that can actually close, new carpet and seats, and the hood painted up, this 1967 Mustang looks a whole lot better.

It is still a long way from perfect, but for the way it ended up, it seems it was well worth the effort. You can hit play below and check out how it turned out.