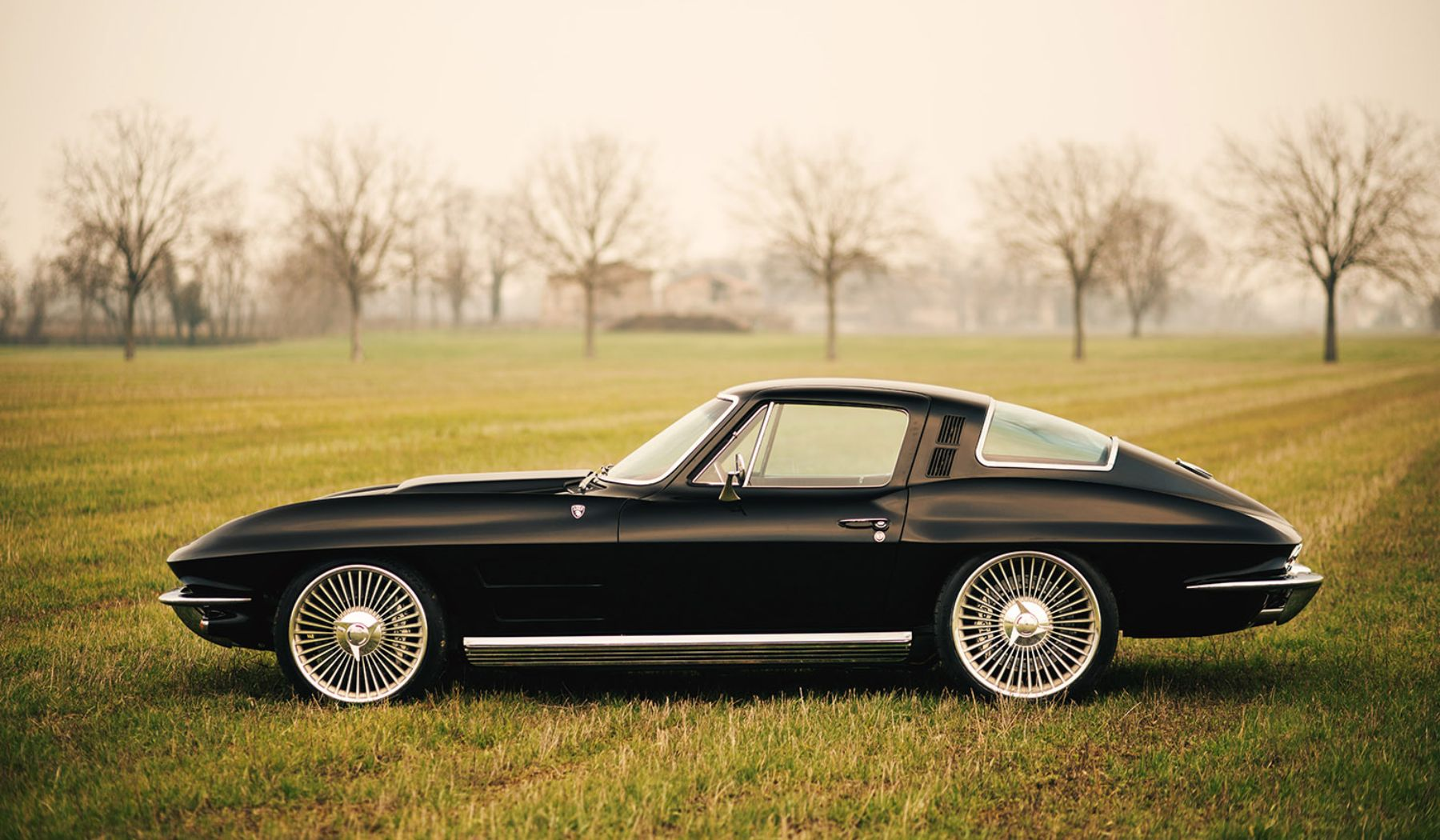 After the original Corvette proved that it could be a worthy, American-built alternative to the relatively cheap European sports cars that were flooding the market in the post-WWII years, GM upped the ante with a complete redesign in 1962.

Dubbed Sting Ray, it abandoned the ample European-inspired curves of its predecessor in favor of more aggressive lines and introduced a coupe body style. Built until 1967 and available in various engine configurations that made it wickedly fast, it quickly surpassed the C1 in terms of sales and popularity. Today, it’s one of the most revered Corvette generations, with examples in great shape often being auctioned off for six-figure sums.

That being said, when you hear that an Italian tuning house took on such a project, you’ll probably think that they rounded the body off and fit a European engine under the hood, trashing the Corvette’s American soul.

But Ares Design is not your average tuning house. Apart from the customization projects, which are renowned for their elegance, the company also builds its own hypercars and also runs a special program called “Legends Reborn,” which gives birth to modern reinterpretations of four-wheeled legends such as a Lamborghini Huracan-based DeTomaso Pantera throwback.

As part of this program, Ares Design built a new-age C2 Corvette, but unlike the reinterpreted Pantera, the reborn 1964 Sting Ray retained all the original design cues that made it legendary. As you can see, the fiberglass body and its trims were left untouched, which is pretty uncommon for a C2 restomod. The only modernizations it received were LED headlights hidden inside the factory-built housings and a set of bespoke wheels.

Measuring 19 inches at the front and 20 inches at the rear, the wheels were designed to emulate the original Turbine variants. Another example of restomod perfection could be seen inside the C2. The 1969s look of every single component was not only retained but improved with a touch of Italian elegance. The seats were completely rebuilt, receiving new bushings and springs, while the bases and backrests were slightly reshaped to improve lateral support.

Furthermore, a modern A/C system with retro dials and modern LED backlit gauges that replicate the original design were also fitted. The list of modern interior features also included power windows, a remote central locking system, USB ports hidden inside the glovebox, and an Alpine stereo system with an amp, speakers, and an eight-inch subwoofer, all concealed behind custom panels.

The interior transformation was completed with premium red leather upholstery and carpeting that mixed stunningly with the black paint of the body.

From a styling point of view, the Sting Ray was nearly perfect, which is why it remains one of the most sought-after iterations of the Corvette, even six generations later. However, when it came to how it was handled, it was far from the perfect sports car. This was even more evident when compared to modern sports cars, so, since this was essentially a restomod project, the engineers at Ares fabricated a completely new chassis. The lightweight structure boasted a refined suspension system, power steering, axles sourced from a C7 Corvette, as well as high-performance brakes with six-pot calipers, bigger disks, and an electric parking brake.

A restomod wouldn’t be complete without a modern powerplant and Ares had both the financial means and the technical know-how to put something as outrageous as a Ferrari V8 under the Sting Ray’s hood. But, out of respect for the legacy of the iconic model, the company decided to keep things 100% American. Thus, the C2 got a state-of-the-art LS3, the celebrated Chevy small-block, which was initially introduced as the C6 Corvette’s new base engine for the 2008 model year. Mated to a five-speed manual, the unit was completely rebuilt, receiving a bespoke exhaust system and a comprehensive tune that enabled an output of 525 hp.

Ares Design stated that the modern chassis and engine combo provided the perfect balance between power and maneuverability, enabling the restomodded classic to handle as well as the most sophisticated sports cars.

While that’s more than debatable, we can all agree that the result of this awesome project – at least in terms of looks – is a modernized C2 Corvette that borders perfection. Not just your average restomod, it elegantly improves an iconic sports car with modern tech and preserves everything that made it a timeless four-wheel legend.