Barn-Found 1955 Plymouth Belvedere Limo Might Be the Last of Its Kind, Spent 26 Years Off The Road 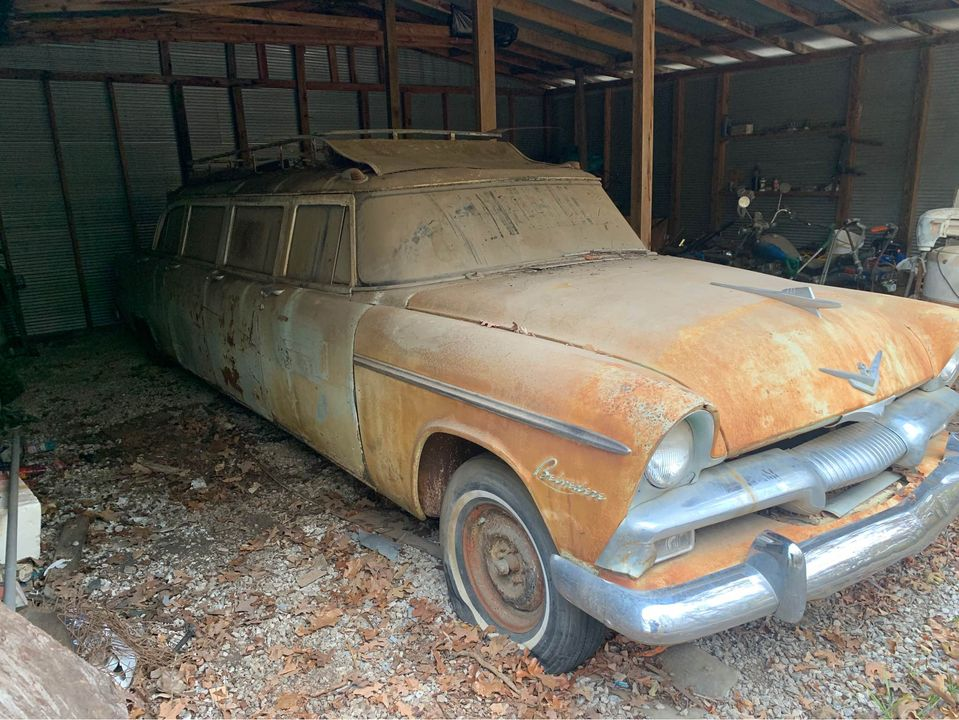 Introduced in 1954 as a full-size car, the Plymouth Belvedere was almost immediately redesigned for 1955. That’s when Virgil Exner stepped in with his “Forward Look” styling and turned the Belvedere into a beauty. Plymouth sold quite a few of them, so these early Belvederes aren’t exactly rare, but this six-door limo might be unique.

A true barn find that spent at least 26 years off the road, this massively long Belvedere used to be an airport limo. It’s at least twice as long as a regular 1955 Belvedere, which came in at 17 feet (5,177 mm), and it has four rows of seats. And since it has a front-row bench, it can seat up to 12 people, including the driver.

That’s a typical layout for an airport hauler, as is the fact that it has two doors on the driver’s side and four doors on the passenger’s side. The luggage rack stretches the entire length of the roof, providing room for quite a few traveling cases.

Was this behemoth born in Plymouth’s factory? Not really. Like all car-based limo and hearses from the era, this Belvedere was put together by a coachbuilder. There’s no info as to which company did the conversion, but it might be the work of Armbruster Stageway, who built quite a few airport shuttles back in the day. Superior Coach Company also made similar conversions, even though this company focused on hearses and ambulances.

Anyway, this rather exotic Belvedere is in pretty bad shape after sitting in a barn for almost 30 years. The owner, who has the limo since the 1970s, says the Belvedere was parked due to a broken starter. Given the current state of the car, I guess that the limo wasn’t exactly pristine when it was retired from road use.

The blue paint is barely visible on the doors, while both the front clip and the roof are covered in surface rust and a thick layer of dust. Things don’t look much better inside either. The beautiful two-tone (turquoise and white) upholstery is damaged on every seat, while the headliner is torn to bits and hangs all over the place.

The engine might have had a starter problem years ago, but it will need additional work to come back to life. It looks complete, and it’s probably a numbers-matching unit, but most hoses and wires need to be replaced. There’s no info as to what engine we’re looking at, but we can definitely rule out the entry-level 230-cubic-inch (3.8-liter) inline-six.

Plymouth offered two Hy-Fire V8 engines in the 1955 Belvedere. There was a 241-cubic-inch (3.9-liter) with 157 horsepower and a 260-cubic-inch (4.3-liter) version good for up to 177 horses. Hopefully, it’s the latter since this car is heavier than a regular Belvedere.