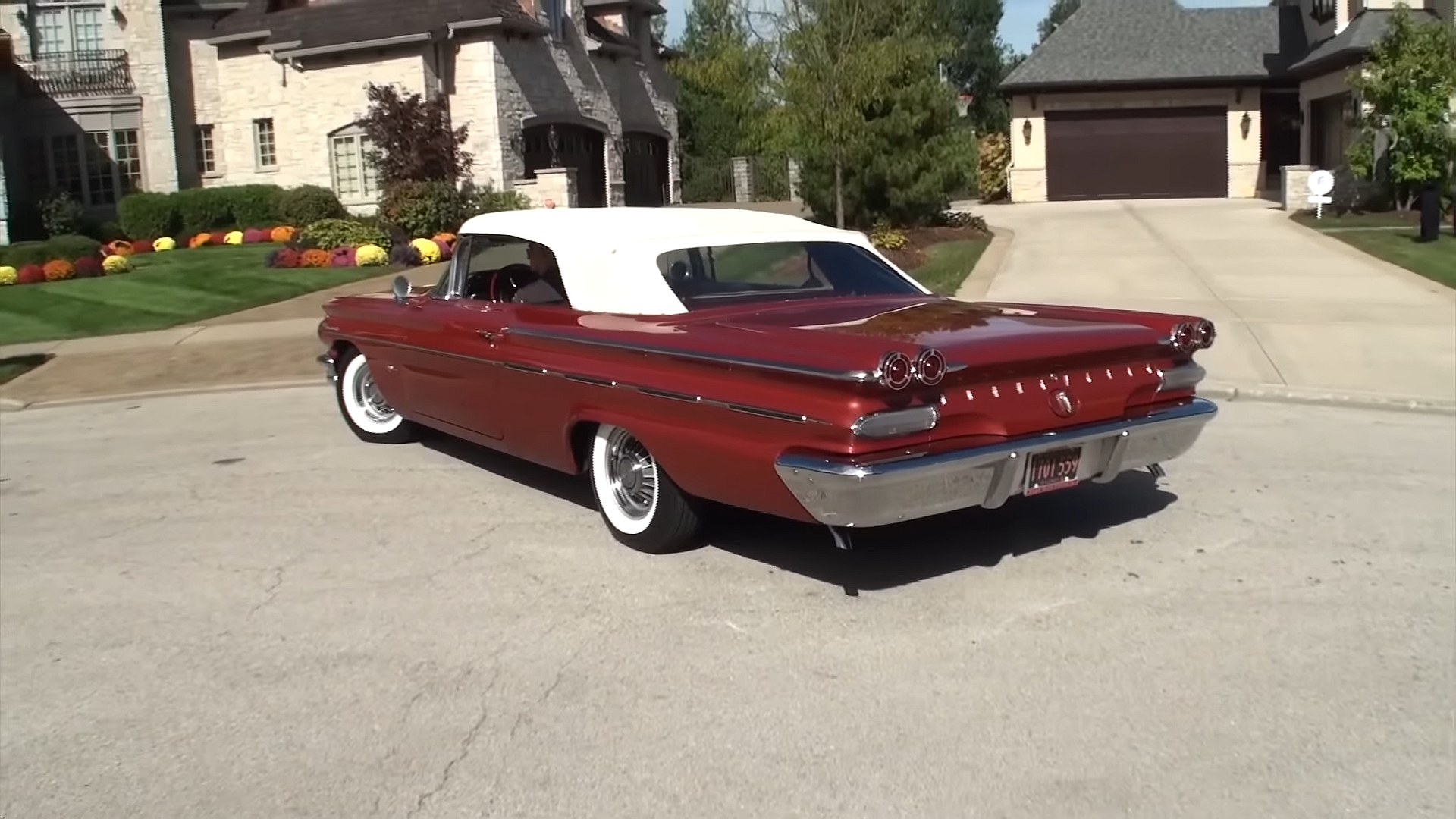 ntroduced in 1958, the Chevrolet Impala sold almost 200,000 examples in its first year on the market. Accounting for 15% of Chevrolet production that year, the Impala helped the company regain the number one production spot in America.

Just like the Impala, the first-gen Bonneville was a one-year wonder. The full-size was redesigned for 1959 when it was also slotted above the Catalina. That year also saw Pontiac introduce the iconic split grille and “wide track” design that added three inches of track width compared to other GM products.

The second-gen Bonneville was only offered with a 389-cubic-inch (6.4-liter) Tempest V8 engine. While restricted to just one mill, the standard Bonneville packed more punch than most Impala versions available at the time.

Not surprisingly, the 1960 Bonneville wasn’t as popular as the Impala: Pontiac delivered only 80,651 units that year. And only 17,062 examples were convertibles, which makes the 1960 Bonneville one of the rarest full-size drop-tops from the era. The Coronado Red example you see here is one of those cars.

Briliantly restored to original specifications, this Poncho looks like it could win awards at any Concours d’Elegance. The paint looks absolutely gorgeous from every angle, the chrome trim shines like new, and the interior is so clean you could eat off the floor. The same goes for the engine bay, which hides a spotless 389 V8 refinished in period-correct color and still rocking many of its original components.

On top of that, it purrs like a kitten while idling and roars like a lion when the pedal hits the metal. Since many of these drop-tops were abandoned in junkyards or barns, this 1960 Bonneville might just be the finest one in existence. So go ahead and hit the play button below for a walk around and in-car driving footage.