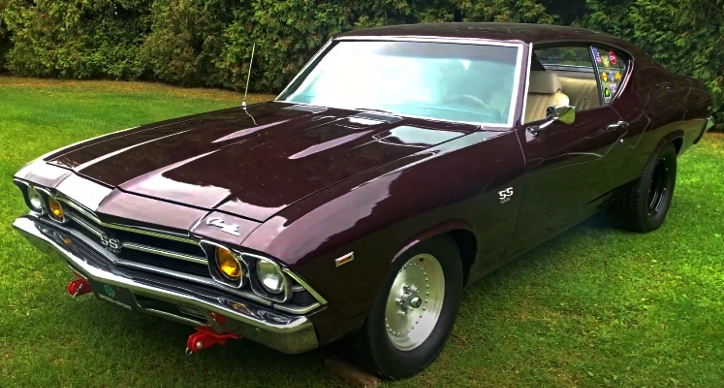 1969 Chevy Chevelle with awesome old school look powered by bold big block paired with a 4-speed, that’s just American muscle at its finest. The guy just finished the build and took the bowtie for a ride. Best feeling ever, isn’t it?

The Chevrolet Chevelle is a mid-sized automobile that was produced by Chevrolet in three generations for the 1964 through 1978 model years. Part of the General Motors (GM) A-body platform, the Chevelle was one of Chevrolet’s most successful nameplates. Body styles included coupes, sedans, convertibles, and station wagons. The “Super Sport” versions were produced through the 1973 model year, and Lagunas from 1973 through 1976.

Check out Yann MB’s video to see him enjoying his ’69 Chevelle for a first time: