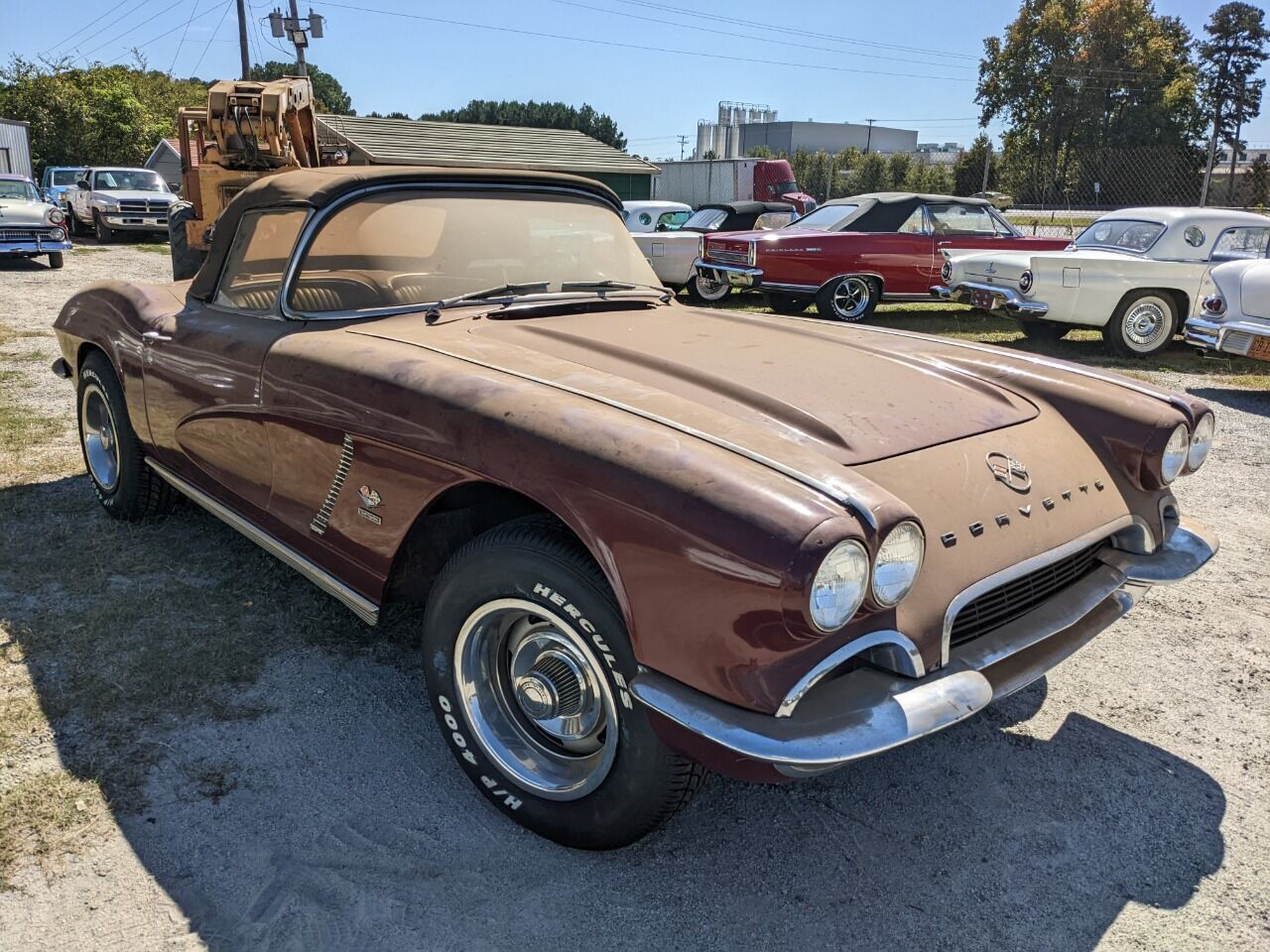 Not at all, as the production for this particular year once again went up, exceeding 14,500 units – obviously, all units were dressed as convertibles.

The 1962 Corvette was only offered with 327 (5.3-liter) engines and different outputs – the base unit developed 300 horsepower, while the upgraded version produced 340 horsepower. However, the big star of the show in 1962 was the fuel-injected Vette, also powered by a 327 but this time with a power rating of 360 horsepower.

The very same engine is supposed to propel this dusty Corvette as well, though right now, we know nothing about the health of the engine. But before we jump to any conclusion, we just have to admit this 1962 Chevrolet Corvette looks incredible for a car this old.

The dust on the body seems to confirm this is indeed the case, so the first thing this car needs is a thorough wash. However, there’s a chance the Burgundy finish under the dust looks amazing as well, as the vehicle doesn’t seem to exhibit any signs of rust, dents, or scratches.

The interior appears to be dusty too, but once again, its general condition is surprising, to say the least. The black top aligns with everything else and comes in very good shape. The seats look incredible and don’t exhibit any tears, though it’s hard to understand how come they’re also covered in dust (maybe the car has been stored with the windows down?). The door panels look good, but to better determine the condition of everything in the cabin, you must first clean the interior thoroughly.

The odometer indicates a little over 41,700 miles (for our European friends, this means approximately 67,000 km), and there’s a chance the mileage is original. This could actually be a sign the engine has never been rebuilt, but a closer inspection should help figure out if this is indeed the case or not.

we don’t know for sure if the car has already been restored or not. Given it comes in such good condition, a previous restoration kind of makes sense, especially given the vehicle has spent a long time in storage and doesn’t come with a single spot of rust.

Then, we have no idea if everything is original and if any parts are missing. The garage in charge of finding a new owner for this beautiful Corvette hasn’t shared any details on this front, so make sure you ask these questions if you’re really interested in the car.