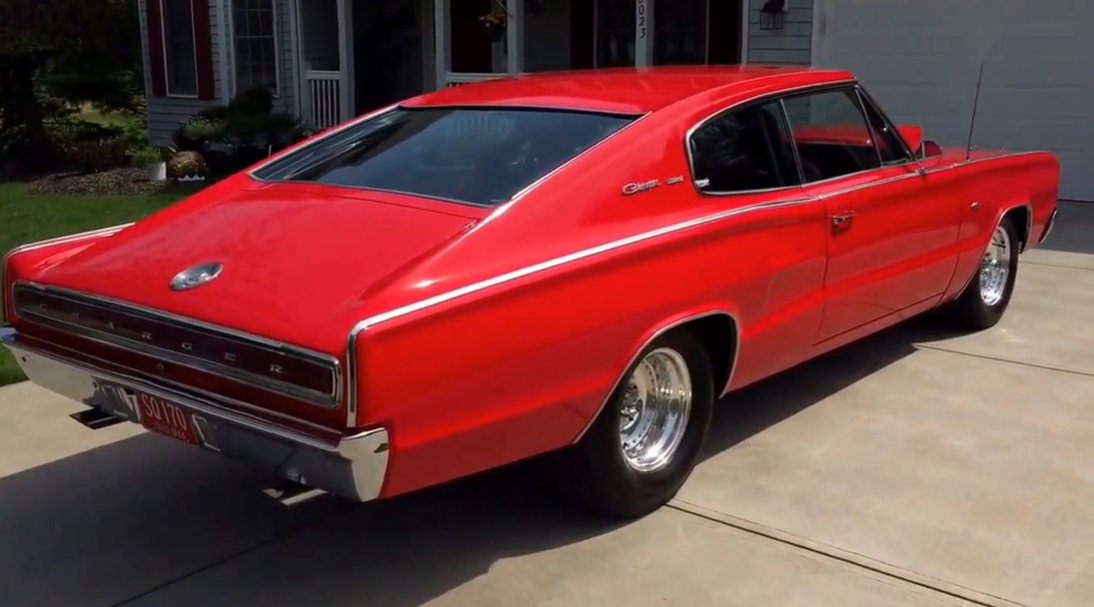 Of course for such a mean looking classic Mopar the high performance engine is a must. This Dodge is powered by a well built by Francis Engineering 440 cubic inch V8 dressed with plenty of Edelbrock parts and backed by a 727 Torqueflite.

The Charger made its debut in mid-1966.Significantly, the Charger’s interior was different from all other cars, with a full-length center console and “all bucket seating” front and rear, inspired by the 1960-1962 Chrysler 300, and was similar to the 1964 Pontiac 2+2.

On January 1, 1966, viewers of the Rose Bowl were first introduced to the new “Leader of the Dodge Rebellion”, the 1966 Charger. The Charger’s debut also followed by a half model year the introduction of a new street version of the 426 cu in (7.0 L) Chrysler Hemi engine. With the Charger, Dodge had a new model to build a performance image to go along with this engine.