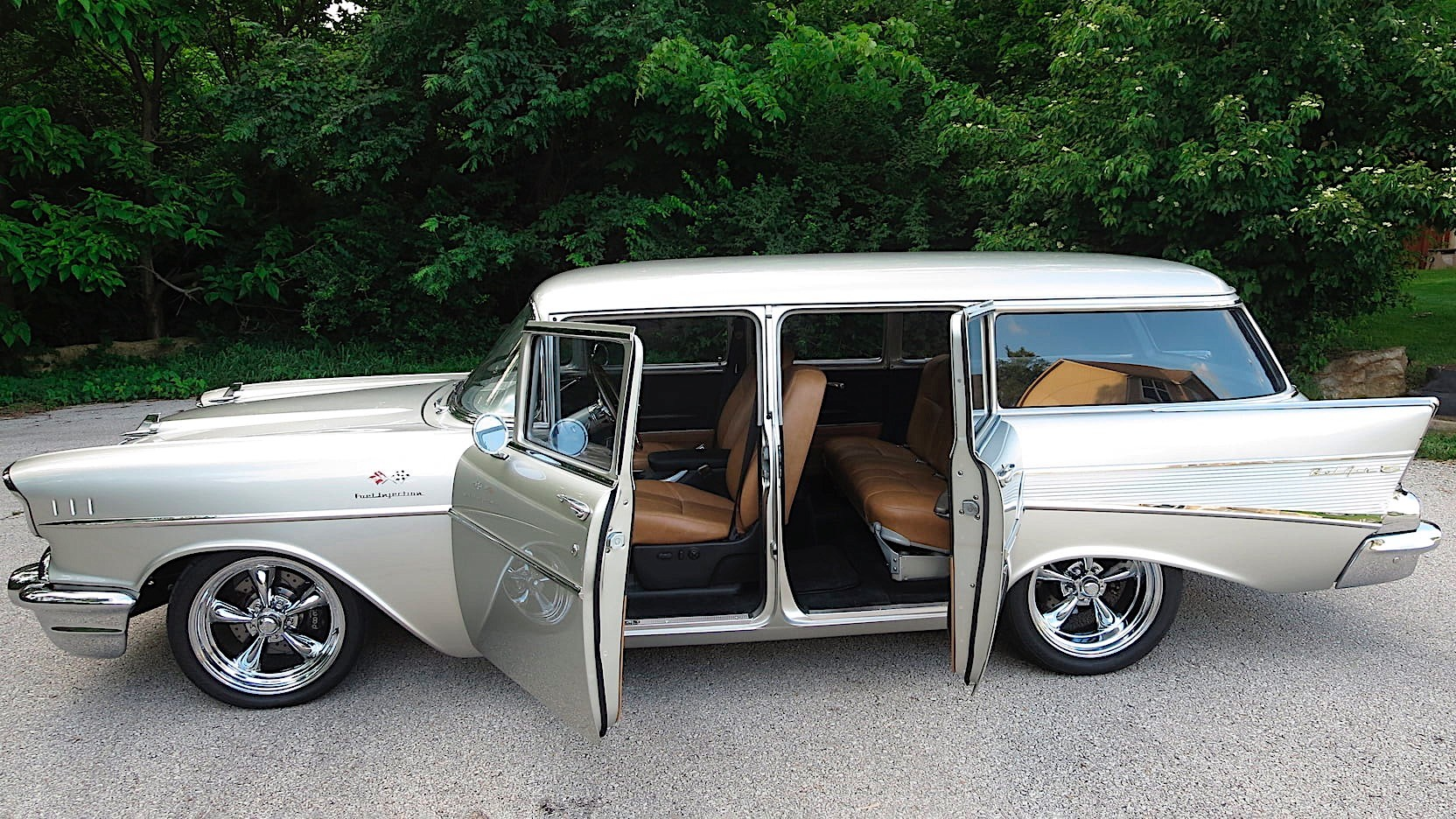 First, a short look back at the model, for those still unfamiliar with it. The 210 was born in the Chevrolet stables in 1953 as a replacement for the Styleline DeLuxe series. In its first two years on the market, it was actually the carmaker’s most successful model, as people saw it as a less expensive Bel Air. Soon, things changed though, and Chevy replaced the 210 in its lineup in 1957, with the Biscayne.

The 210 we have here is of the Townsman variety, having been originally produced in the last year of the nameplate on the market, 1957, but a heavily modified and modernized one.

The body is slapped onto a Roadster Shop chassis and features adjustable coilover shocks, a 4-link rear suspension, and Wilwood braking hardware.

And those underpinnings are needed because they have to keep in check the 485 horsepower coming from under the hood, where the unnamed builders of the 210 hid a crate LS3 V8 engine, ran by a Holley Terminator X Max ECU and controlled by an automatic transmission.

The metal-look exterior wraps around a custom Thunder Road tan and black interior, which is accessed by means of scissors doors up front and suicide doors for the rear. Once inside, the eye is instantly captured by the large bucket seats, the center console ripped off a 2019 Chevrolet Volt, and the Dakota Digital VHX instrument cluster.

Depending on how you look at things, the following things added to the Townsman may ruin this build, or make it even greater: the over six decades wagon comes with an Alpine 9-inch touchscreen, HD stereo with MP3 capability, if anyone still uses that audio format, and built-in navigation. Why, it even has a Thinkware 4K camera to look ahead, and a 2K one to look out the rear.