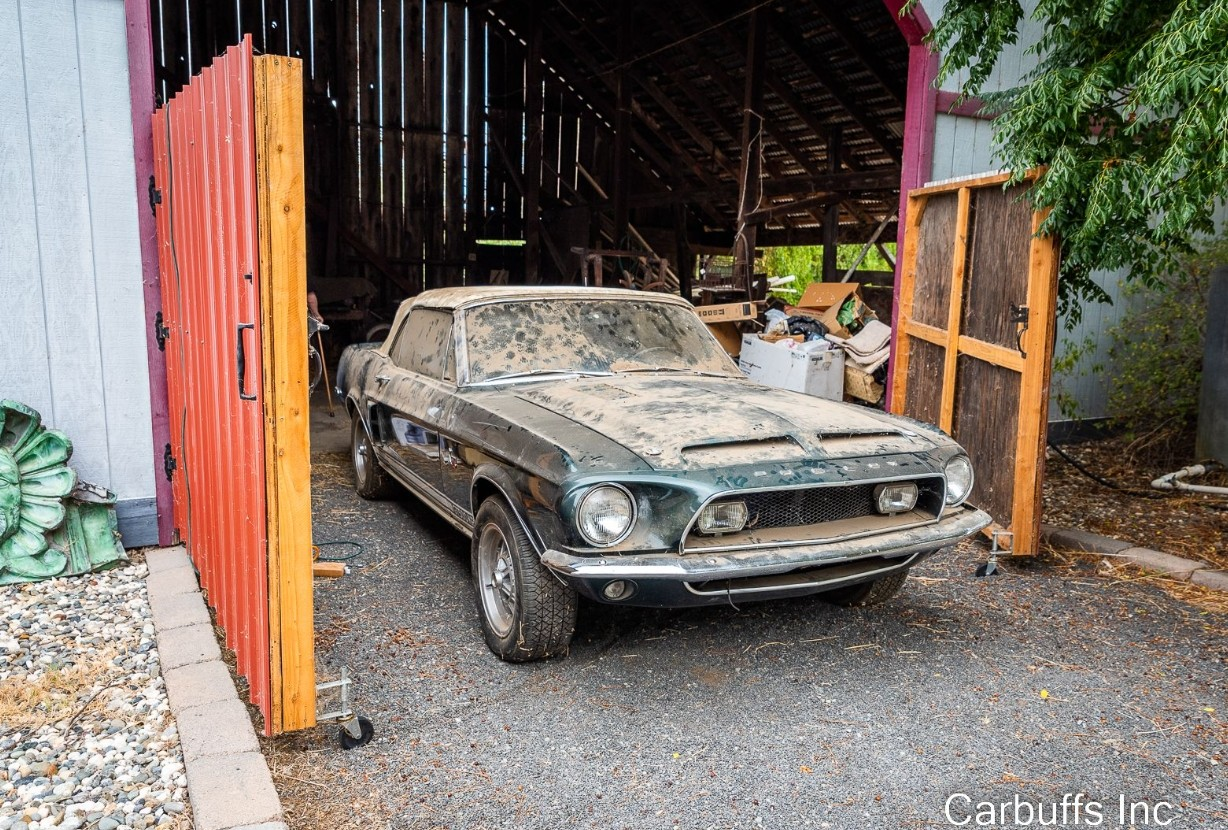 In 1968, Shelby took things up a notch with an even more menacing GT500 fitted with the 428-cubic-inch (7.0-liter) Cobra Jet mill. He called it the “King of the Road” and slapped “GT500KR” badges on its muscular body.

Come 2022 and the GT500KR is among the most desirable Shelby-made Mustangs out there. And not only because it packs a powerful mill rated at 335 horsepower and 440 pound-feet (597 Nm) of torque and quite a few special features, but also because it saw daylight in limited numbers. At 1,452 units built, it’s the rarest Shelby from the 1968 model year.

The car you’re looking at is part of that run. Not only that, but it’s also a convertible, which narrows it down to a 1-of-518 gem. If that’s not rare enough for you, it’s also one of only 267 GT500KRs fitted with the four-speed manual transmission. Pretty cool, right?

But this muscle car also comes with a sad story, because it spent about three decades in a barn. The Shelby has been with the same family since 1985 and it was used as a display vehicle for a business that sold Shelby and Mustang parts for a few years. It was retired in the 1990s for restoration, but the process was never finished because the guy who owned it passed away.

A Highland Green example with a white top and a black vinyl interior (likely a one-of-very-few combo), this Shelby is still highly original. And the good news is that the fiberglass hood still hides the numbers-matching 428 V8 engine and the four-speed transmission. The mill no longer runs, but it turns over by hand according to the owner.

The paint looks like it will shine again after proper cleaning and polishing, while the body panels are straight and rust-free.

It’s a stunning barn find that could become either an unmolested survivor or a restored classic that could win numerous awards at muscle car shows.