1955 Chevy Crashes While Racing Second-Gen Camaro, Driver’s So Lucky To Be Alive 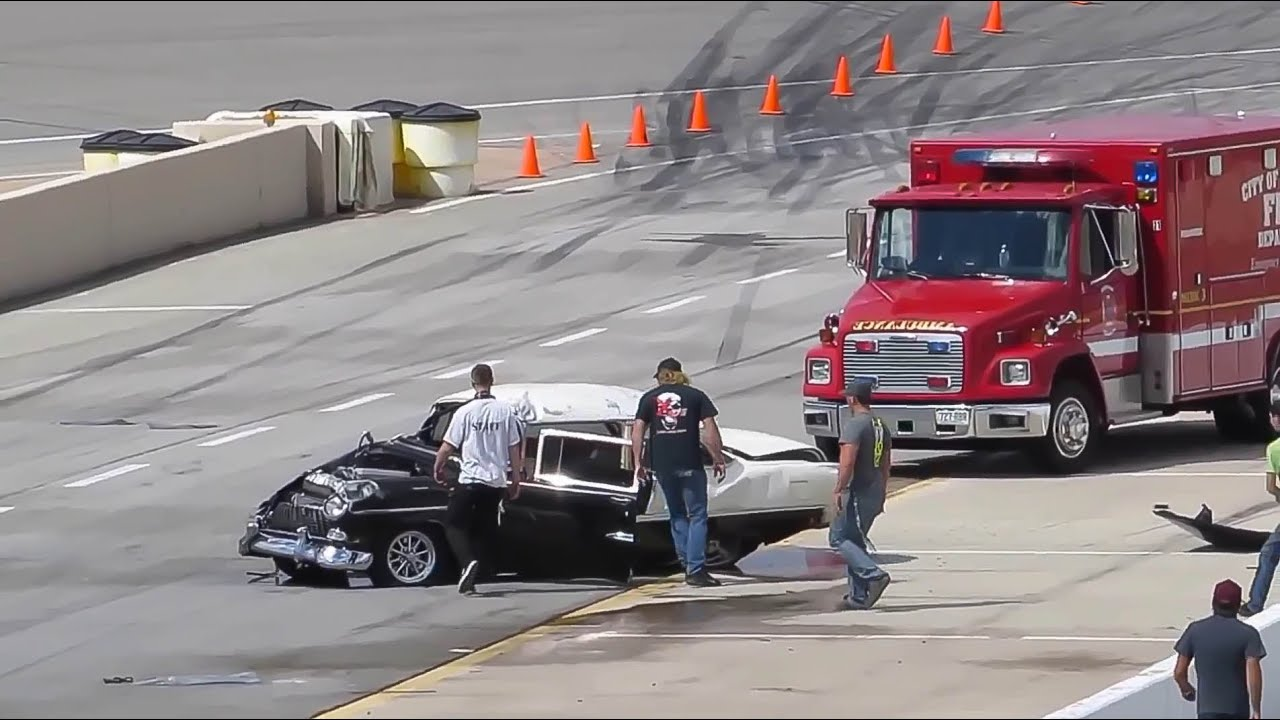 A classic ’55 Chevrolet and a second-gen Camaro line up for a drag race on what looks to be a beautiful day, but by the end of the run, it’s pure carnage with the ’55 rolling down the track and its driver’s legs sticking out of the windshield.

Thankfully, the guy is still alive; in fact he even walks away before safety crews could get to his destroyed car. Still, this is still one horrifying crash to watch.

According to the YouTube description, the ’55’s driver was allegedly only wearing a lap belt, and it was torn out of the floor at some point during the crash. Luckily, the car came to a rest on its wheels because with half of his body hanging out of the windshield, he could have easily been crushed.

The driver is clearly shaken when he limps away, but this guy needs to thank his lucky stars that he’s even alive. Warning, this video might not be for the squeamish, but keep in mind that there don’t appear to be any serious injuries.

Although, that ’55 is going to need a lot of work if it is ever going to see the drag strip again.