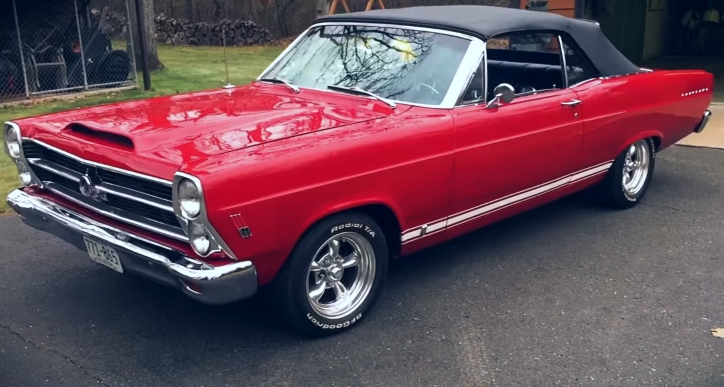 The more knowledgeable gearheads will know right away that this Convertible 1966 Ford Fairlane isn’t a factory 427 FE car.Ford built a little over 50 Fairlanes packing the mighty 427 powerplant with all of them being post hardtops.

This Candy Apple Red beauty started life as a GTA S-code, but it now has a new heart. While rebuilding a 427 FE engine he had, the guy was looking for a car to put it into, until he came across this Convertible 1966 Ford Fairlane.

Some comments of the people: ”Beautiful ride, there’s nothing like the burble of an old Ford at idle, sweet music to my ears”

Another commented: ”My dads friend had a red, r-code 67 Fairlane hardtop, it was one of the Ford factory drag cars for the west coast Ford drag team. Cool guy, his name was Ed Terry and he raced some awesome Ford drag cars from 1962 to 1975.. mostly at Fremont and those drag strips in SoCal and north in the upper west coast. ..several videos of Ed Terry from the 70’s on YT..”